Showing posts from September, 2014
Show all

Writing Between the Fighting 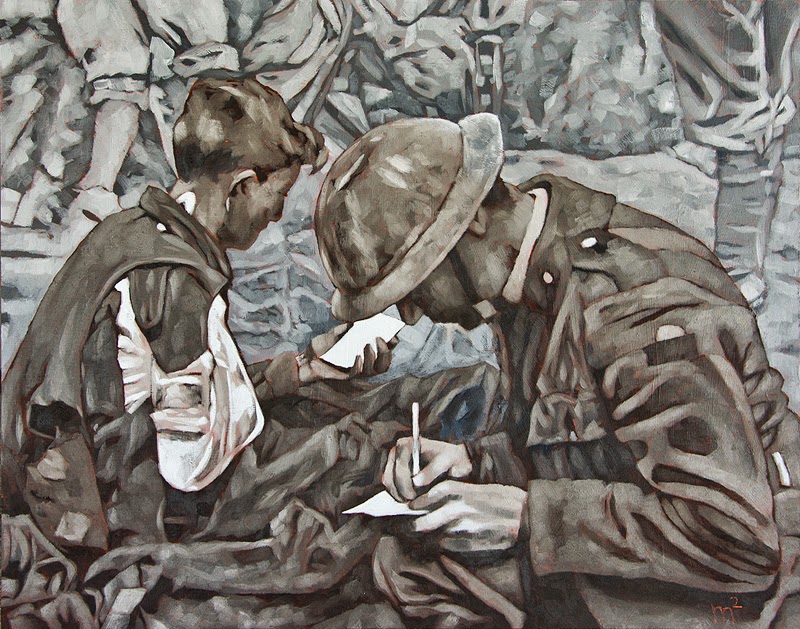 16" x 20", oil on wood panel, 2014, private collection Composed from several images form an old documentary on World War One, this scene of soldiers taking a few precious moments for correspondence with their families at home was important for me to show that it wasn't all killing and mayhem. Many specific details had to be left out for security reasons, of course, but even when it came to general matter-of-fact details of war, one soldier put it this way: "Your very existence was different to anything you'd experienced before. You could speak to your comrades, they understood...the civilians? It was just a waste of time." This is the painting I was working on during my on-site painting at the Mariners Park Museum in Prince Edward County. This painting has a companion piece in the War at Home section called The Tyranny of Distance .
Post a Comment
Read more 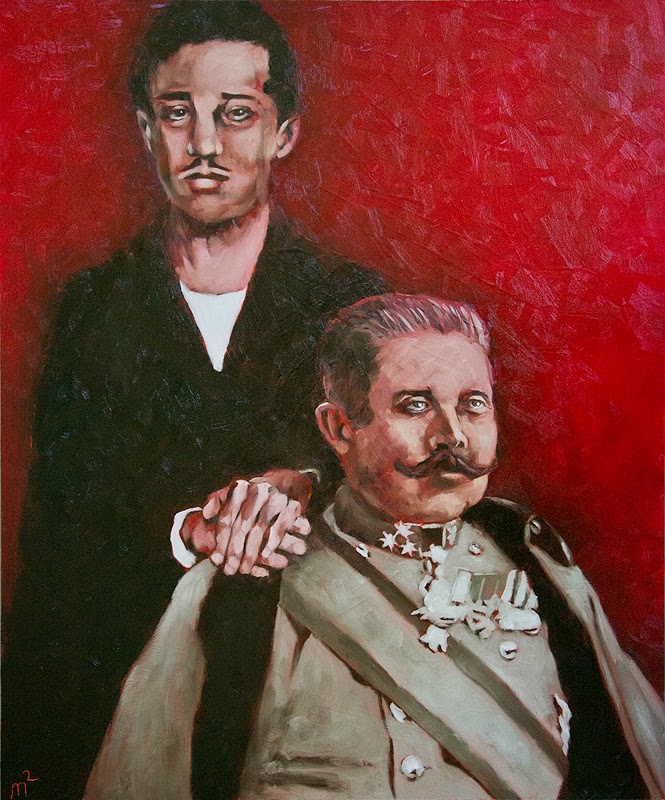 28" x 20" oil on wood panel, 2014 (work in progress) I originally had planned to simply paint a portrait of the archduke Franz Ferdinand and, using the same title, it would stand apart from the five groupings paintings my World War One project, To the Sound of Trumpets , are sectioned off in. Ferdinand's assassination by Gavrilo Princip in Serbia on 28 June 1914 wasn't directly the cause of WWI, but it certainly provided a convenient excuse to activate the machinery of war that had been preparing and the animosities and ambitions that had been building in Europe for quite some time. While working on another painting for this project a few weeks ago (months, maybe? time is beginning to blur) I was listening to a lot of Peter Gabriel 's music. When Gabriel introduced "Family Snapshot" (on  Plays Live ) being about the hunter and the hunted, I immediately thought of my planned portrait and, using the song and its title as my guide, reworked my compos
Post a Comment
Read more

Asleep in a Foreign Soil 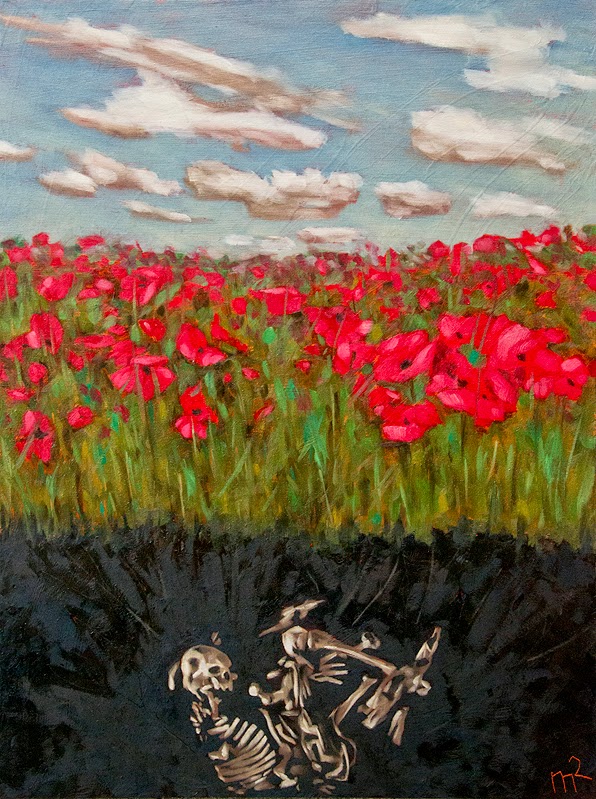 28" x 20", oil on wood panel, 2014 Since the theme of this year's Doors Open is World War One, there's going to be an exhibition of artwork with a poppy theme at the Wellington Town Hall (just down the road from the museum). The painting above (part of the "Remembrance" section of of my War Project ) is my submission to the show and is inspired in part by this quote: "For the first time the British army lost its spirit of optimism, and there was a sense of deadly depression among many officers and men with whom I came in touch. They saw no ending of the war, and nothing except continuous slaughter such as that in Flanders." –notes from a war correspondent detail detail I thought about including a helmet or rifle, but I didn't want to indicate which side this soldier is/was on; he's meant to represent all who died in the war. Welcome! On my last two (of 10) painting sessions in Prince Edward County
Post a Comment
Read more
More posts