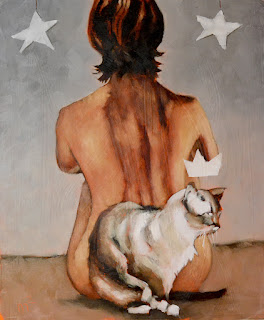 I've painted my friend, Ashley, more than any other model I've used and this particular pose had been sort of "on deck" for about two decades, making many appearances in my sketchbook in various compositions with various items joining her, but only appearing in one other painting until now. 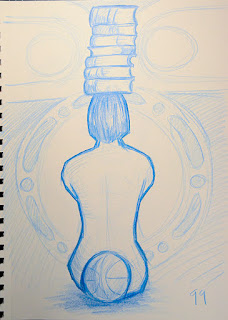 In many sketches over the years, I've put all kinds of stuff on and around Ashley, and I gave her a full-colour sunflower "tattoo" when I used her in this painting from my Sunflowers series (about a year or so before I started painting in oils as well as watercolours): 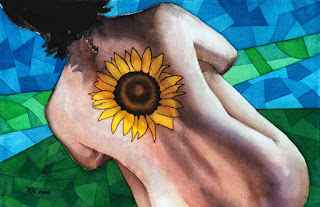 I've been revisiting much of my voluminous photo reference that I've been shooting since the early 1990s (on film until around 2012, then digital ever since), and this pose came up yet again and, as accompaniment, I finally made a decision and used a snapshot I took of a cat while visiting my friends years ago. The cat's name was Cole...and I almost named this "Cole and Ash" as a fun play on words. 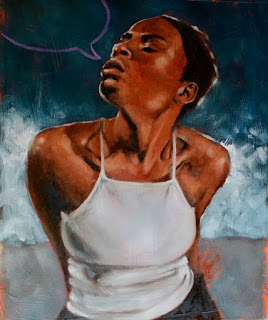 There's not much to say about this painting, seeing as it's a variation of Downcast (bot painted concurrently (it was a bit of a challenge keeping the two separate as far as the video files go)) with the addition of an empty word balloon (which was painted in a few graceful strokes, I must say –visible in the video below).


Here is a time lapse video of this painting's creation: 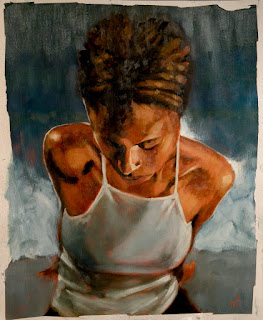 Here's a time lapse video of this painting's creation:

I've used this same photo reference of Aisha in a couple of previous paintings, beginning here: 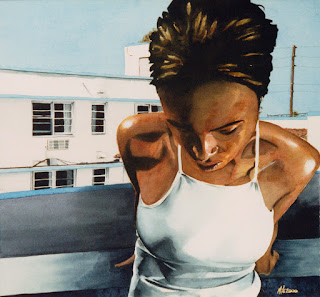 ...and that watercolour painting (but smaller and in black and white) makes an appearance in the upper left corner of this oil painting: 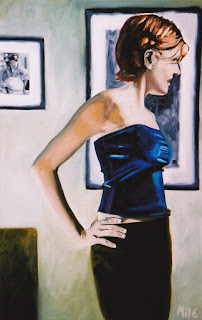