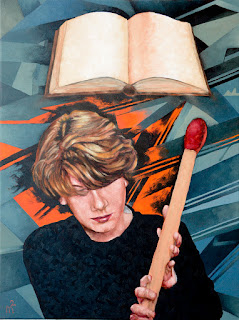 The Last Bridge
28" x 18", oil on canvas, 2020
While rummaging through some of my old photo reference, I was very drawn to an image of my friend, Heather, because her hair was just perfect and looked amazing, with all the curves and swerves.
I wanted to have fun just painting her hair, but she was holding a camera in the photo and was looking at it intently, suggesting deep contemplation, so I decided to replace the camera with something more mysterious... 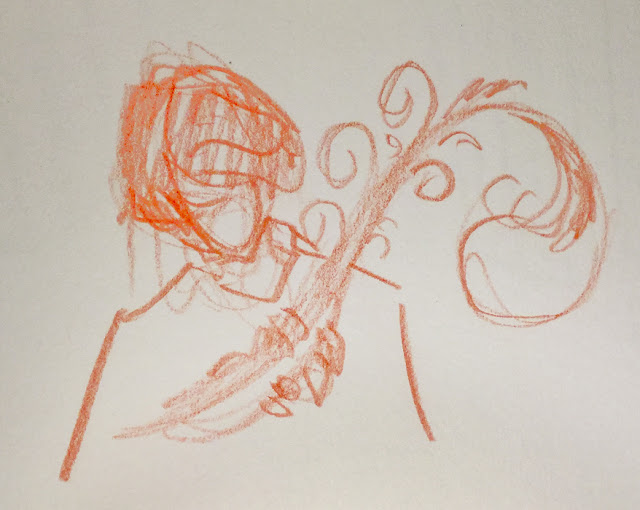 The first thumbnail I drew had her holding some kind of plant, like a thick stalk...something organic and green and undulating. I was planning on keeping her top black  for the light green plant to contrast against (plus, everyone looks good in black), but I wasn't yet thinking of a background.

In the sketch above, I took Heather's hands and repositioned them slightly and rotated their orientation to allow for a more pleasing composition with the plant. Below is a sketch where I kept their original angle and position (roughly) and had the stalk going vertical to allow for a portrait-oriented painting (rather than the landscape orientation I would have chosen for the sketch above). 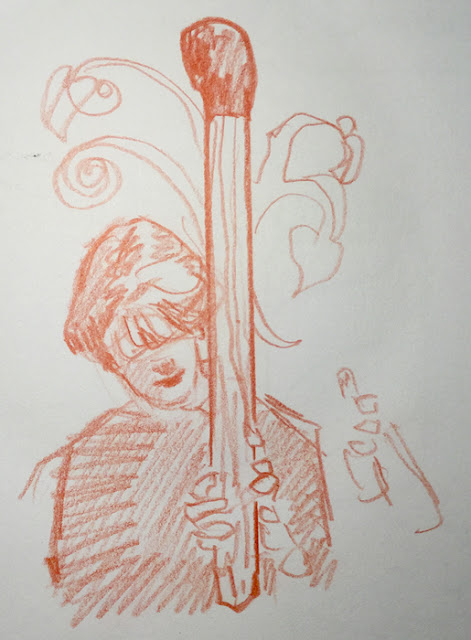 You can see here I started with the plant concept, but then the idea of that giant match came to me. I eventually decided to tilt it away from her, creating a sort of V shape from the top of her head, to her right hand, to the match head. The slight tension that creates is heightened by the jagged lines of the background and the black shapes that are practically buzzing around her head against an orange "halo." The tension is further increased by the book (with blank pages at its dead centre, borrowed from Coriander & Cilantro) and its potential destruction (or salvation).

Then there's Heather's hair which I feel I didn't quite capture the awesomeness of. I'd like to try again someday if I can figure out a reason other than "I want to paint her hair" (which isn't unreasonable, actually...). Maybe I'll put that plant in her hands, but I don't think it'll be a follow-up to this one (unlike Between Maybe and Maybe Not and Furious Blunder).
And look at that face! 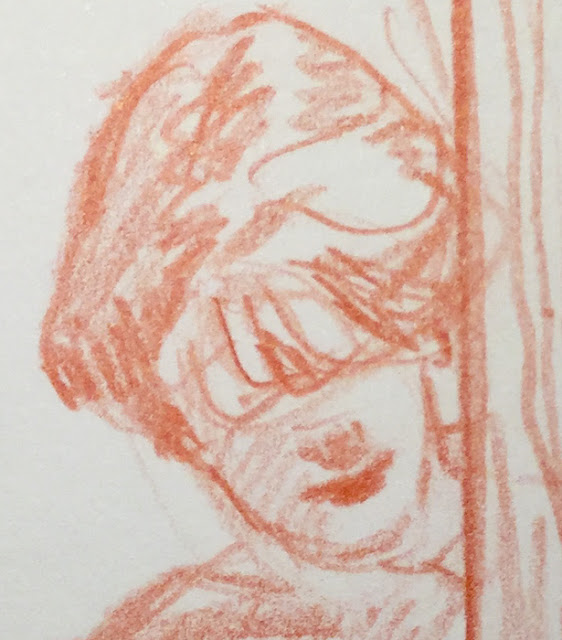 Here's a time lapse video of me doing a semi-decent
job of painting Heather's hair (plus other stuff):