Between Maybe and Maybe Not 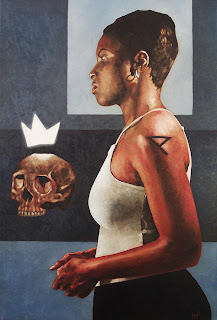 Revisiting my photo reference that I'd shot years –in this case, a decade– ago, I selected a few of Aisha that I'd never painted before and felt would perfectly suitable for use in my ongoing Tournament of Shadows series.

I knew from the start I'd be putting her against some kind of graphic background rather than an actual location, so I sketched up a few variations...

Her tattoo is of the alchemical symbol for "crucible." 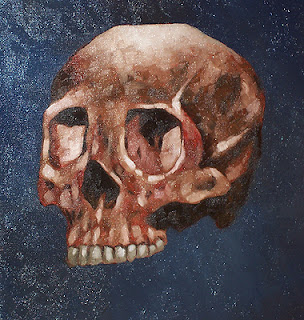 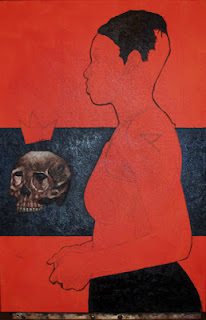 I usually work from dark to light, I decided to change it up a bit by outlining Aisha with olive green and heading straight for the background colours. 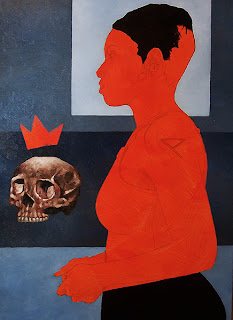 Satisfied with the four blues I next blocked in the shadows on Aisha with olive green. 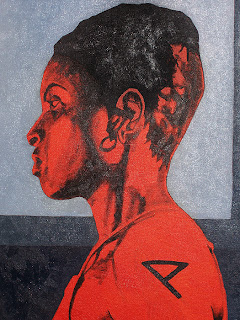 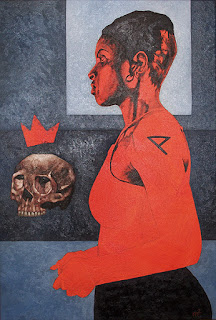 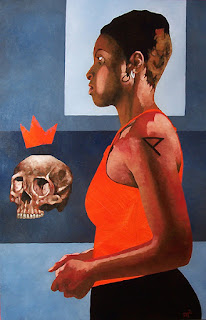 Her head here is a different colour than the rest of her, but I tried correcting that with successive blending and wiping off and repainting and such. Pre-blending the colours have a weird, posterized appearance that make it look like I have no idea what I'm doing. 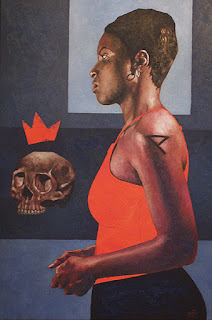