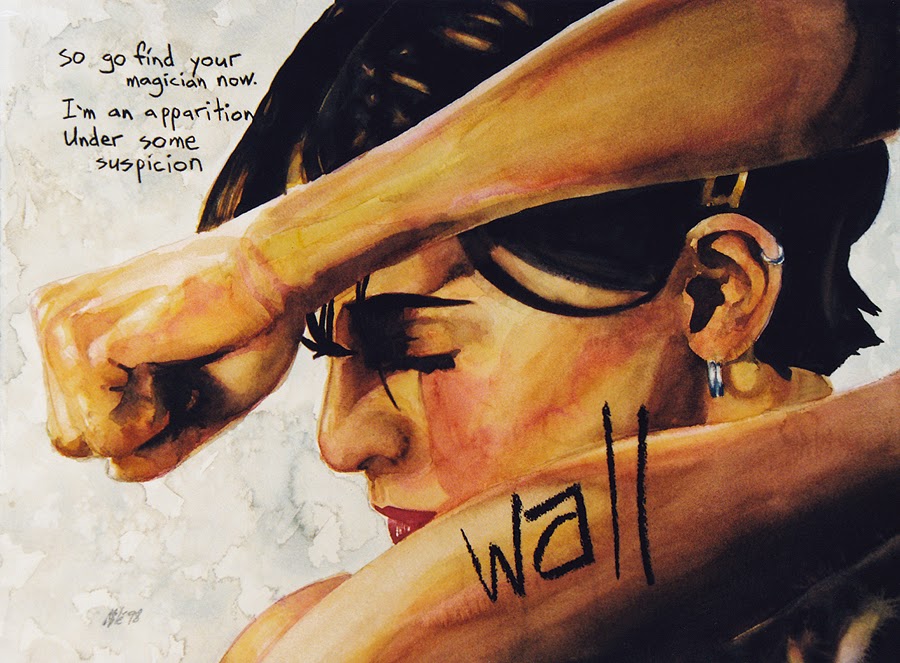 Featuring the same model (an Ashley, but not a Winning) from "A Shiver in My Bones" (and several others, as you'll eventually see) and a portion of another song lyric. This time it's Michael Penn's "Figment" from his 1997 album, Resigned. The model's defensive posture has been interpreted by some as a response to physical abuse. I intended it as someone throwing up a wall against creepy, ungrateful people in general. Judge for yourself.

Ashley's parents liked this one so much they bought it on sight.

The word "wall" is written with a regular piece of charcoal and the smaller text was done with a charcoal pencil. 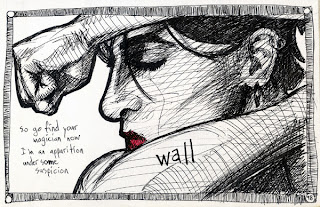 I moved that body of text to the upper left corner in the final painting to open up the area in her line of sight (even though her eyes are closed).