This is a big commission I recently completed for a couple who live in Toronto but have had this house in Prince Edward County for a couple of decades. They wanted a picture of their home away from home, so I went out there a couple of summers ago and shot tons of reference while the trees were nicely foliated, the grass was green, and the day was sunny, knowing I'd likely be working on the painting during the winter.

While we originally discussed a triptych, we later settled on one large painting, but finding a canvas the desired size proved difficult, so we went back to a manageable, but large, triptych.

Part of the fun and interest for me was going to be painting the lovely shadows of the trees on the grass. I also liked the bright white house surrounded by so much green.

There's a whole lot of canvas to cover, so let's get started (remember to take regular breaks after each phase). 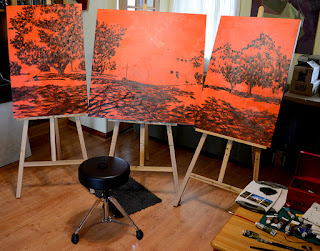 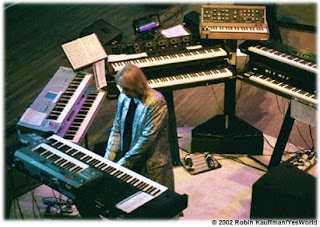 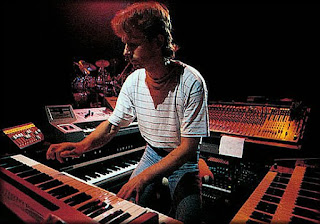 Whichever prog-rock keyboardist my painting set-up reminds you of, you gotta admit: the wall of canvas with drum stool shot is quite amusing.

After the blocking-in of shadows with olive green, I laid in the grass with some sap green (and a few other colours mixed in –I'm not being secretive, I just don't remember) as mid-tones.

Reiterating the shadows all over.

Lighter tones in the trees and grass. 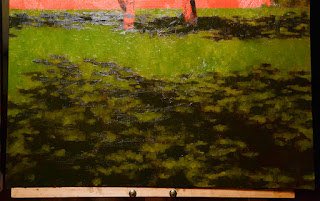 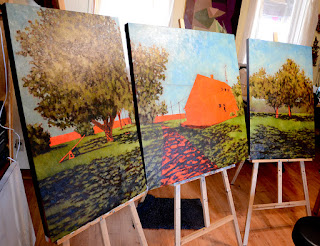 After adding highlights and random blending in the greenery, the sky was laid in and then blended with the greenery. By "blended" I mean I softened the edges here and there to create variance between hard and soft edges where different colours and/or shades/tones meet. 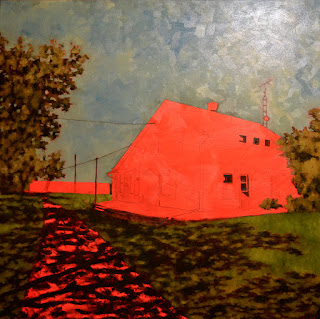 Finalizing the foliage with more highlights and shadows as well as adding the tree trunks, gravel path, swing, and see-saw. 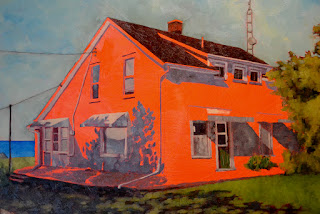 Blocking in the shadows of the house with some cool tones. 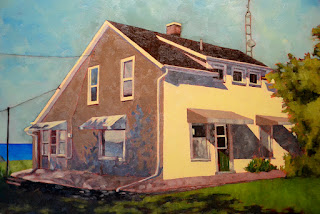 Dark for light! The left side of the house was going to be bright white, so I gave it a dark underpainting while giving the right side a warm underpainting with one of my favourite colours, Naples Yellow. 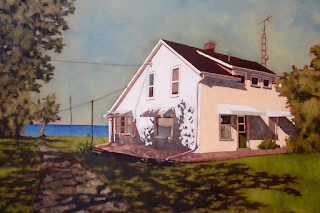 While the left side of the house is very bright, and I did use pure white to cover the dark underpainting, I didn't give it a second coat to make it absolutely white, rather, the relatively thin application of white allowed the dark grey to temper the white, giving it an interesting quality that an absolutely pure and flat white wouldn't have (same with the creamy right side).