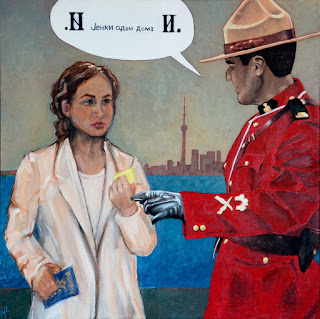 
As an immigrant to Canada myself, it seemed logical to recast Milé's female figure as myself on the day I arrived.  Milé's Macedonian word balloon was more problematic, however, so I searched for phrases using "home" to find something that would suit my context, and I came up with the title, which seems to dovetail nicely with Milé's original idea.*  (Google Translate** helped me render it in what I hope is Macedonian, in keeping with the letter on his side of the painting, which I retained as a decorative element). I use the phrase humorously here but not without a grain of truth. 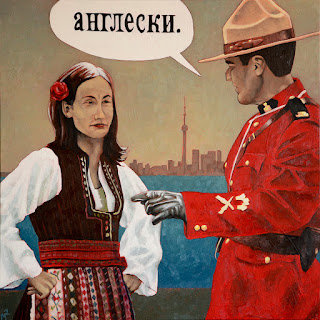 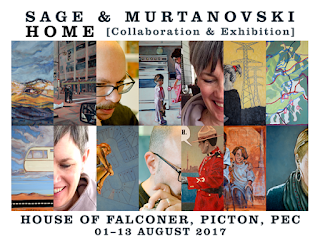 Click the image above to see all ten Phase One
paintings from our HOME project.


*In my painting, the Macedonian word written in Cyrillic is "English."

**Unfortunately, Google Translate was slightly off in its conjugation of "go," so the Mountie is actually saying "Yankee, I'm going home."