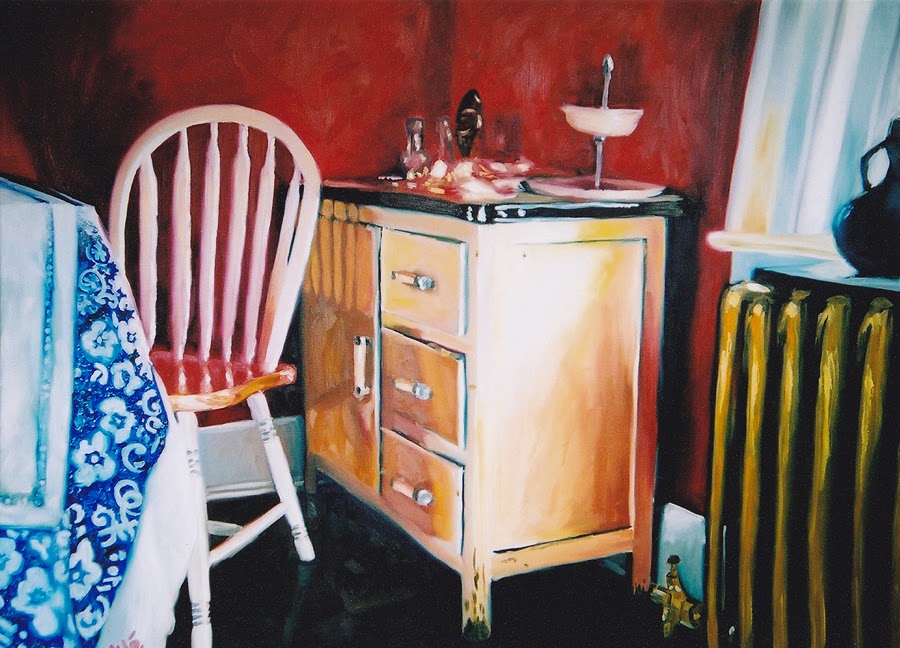 So this is the painting whose vertical yellow stripes at the bottom right appear horizontally in Coffee Break (c). Ta-da.

This series of interiors is where I cut my teeth as far as painting in oils is concerned. This is the tenth painting in the series (counting the bottles diptych as one picture) and my eleventh oil painting (this decade; this century) since the two or three crappy ones I did in high school (in the 1980s).

A friend recently mentioned that they remind him of the paintings of Edward Hopper partially because of their lack of people (except for one (tune in next time)) and I agree that there is a bit of a thematic connection. And I love Hopper's work, so I'm not surprised there's an influence, however subliminal.

The back of the chair picked up too much of the red from the wall and I'm still kinda disappointed that it's so pink. I didn't know better at the time, but now such undesirable cross-mixing can be avoided. Maybe one day I'll correct it...