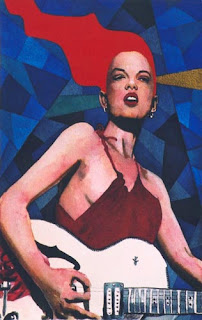 Shirley's the lead singer in another one of my favourite bands, Garbage*, and was also at the top of my list for doing celebrity portraits for my illustration portfolio.

Again, I used a photo from a magazine as reference for this, but I changed some colours: Shirley's top was white...and so was her hair! This natural redhead had short, spiky-ish white hair in this photo. Unacceptable for my painting because she's normally ginger. 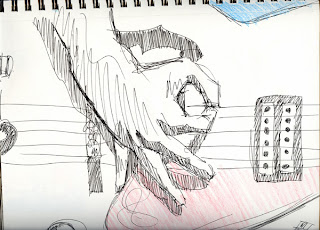 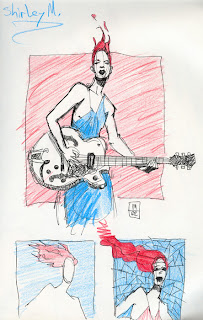 
Here I am playing around with the idea of having her hair rendered in a very stylized way, focusing on flames. In the end, the stylized wave kind of does still evoke a flame, just not as explicitly as these sketches. 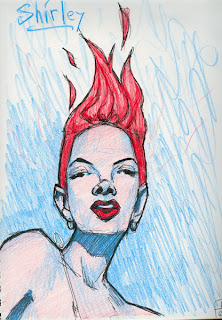 Flaming hair: interesting, but not used.

*Previously, she was in a band called Angelfish which I think she largely would like to forget, but there's a bunch of songs on their one and only CD that I really like.