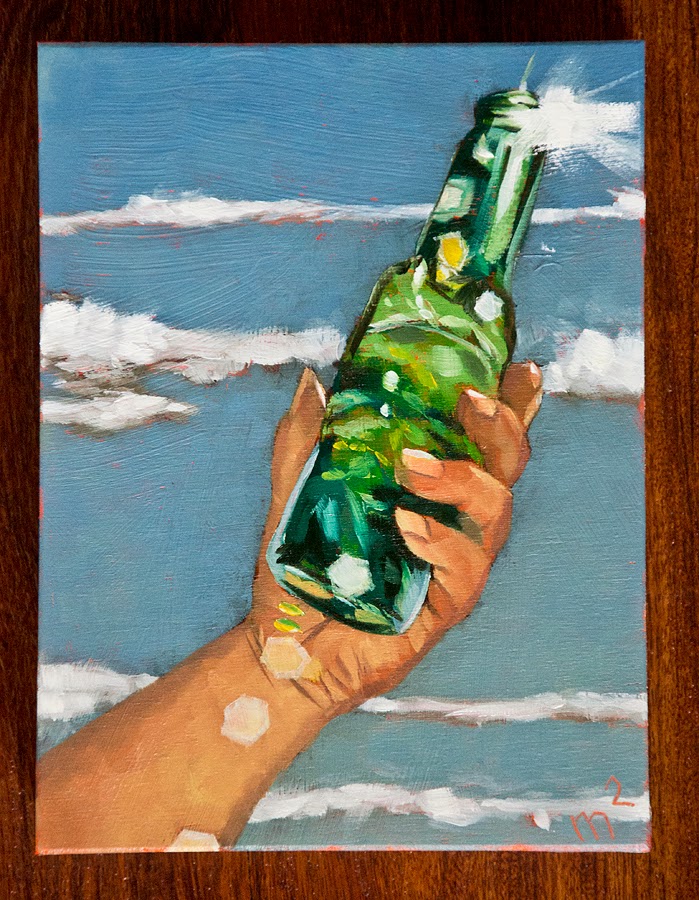 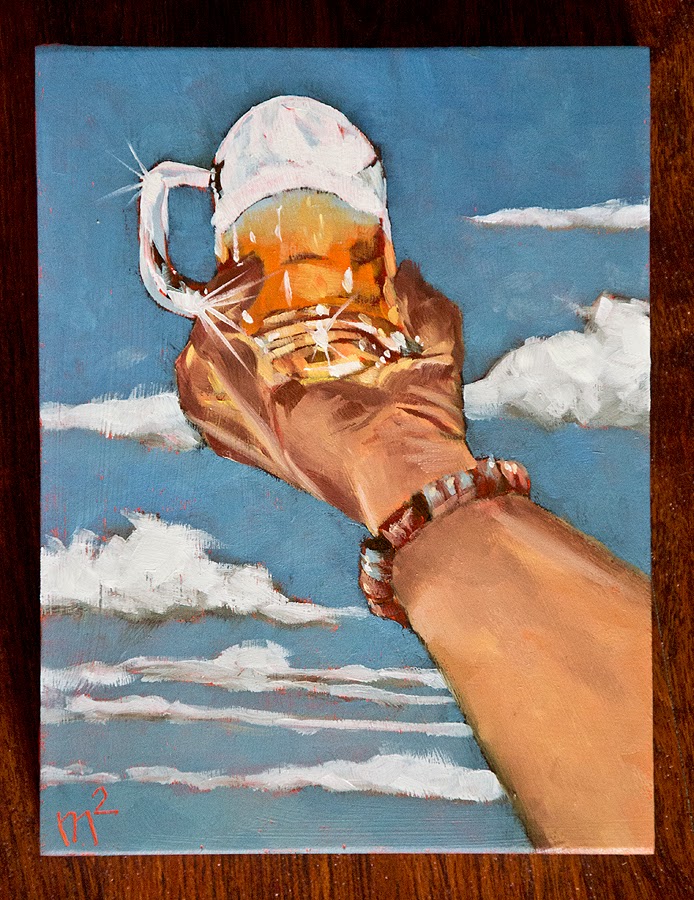 Back in May, a rep from Barley Days Brewery –the local (and only) beer brewery here in Prince Edward County– came by my gallery and asked if I would be interested in participating in their Small Pint Art Show near the end of June. He had two small wood panels with him and, as we chatted, getting to know each other a bit, my mind was composing various possible images I could paint. Clearly, I became interested, and the results were the smallest oil paintings I've done so far. 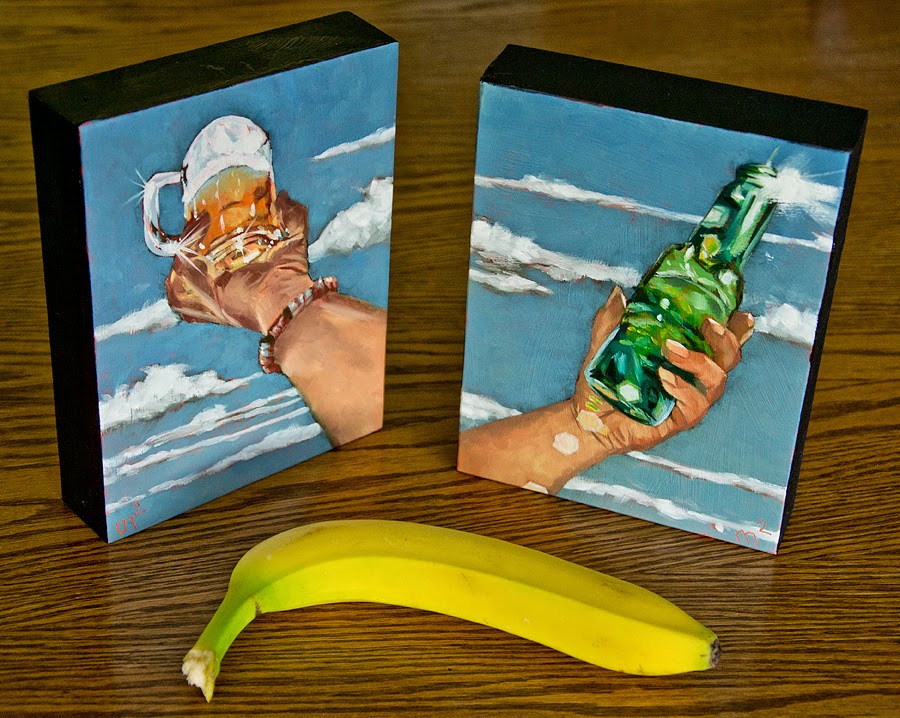 The Small Pint Art Show opens at the Barley Days Brewery in Picton on 24 June from 5–7pm.

*despite the illusion-by-cropping of the two single photos (above), these paintings aren't framed in wood; the sides of the deep panels are painted black (as seen below).