This week's on-site museum visit is the Ameliasburgh Historical Museum in the north end of Prince Edward County. This is an amazing village, partially restored and partially recreated to look like the pioneer times. The outer entrance is pretty and welcoming enough, but the second entrance is even more olde tymey... 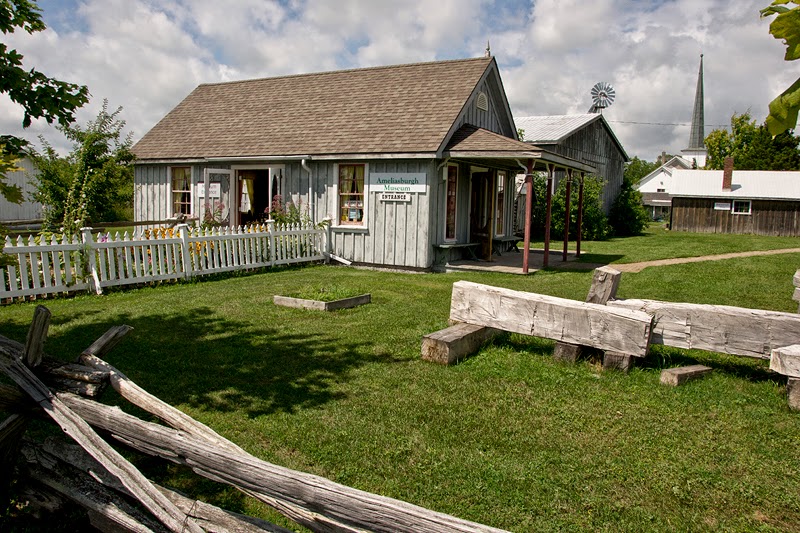 There are tons of great buildings and artefacts all over the place, and my own self-guided tour revealed many fascinating and photogenic sights (I'm always collecting reference photos even if I don't have a specific or immediate* use for them). 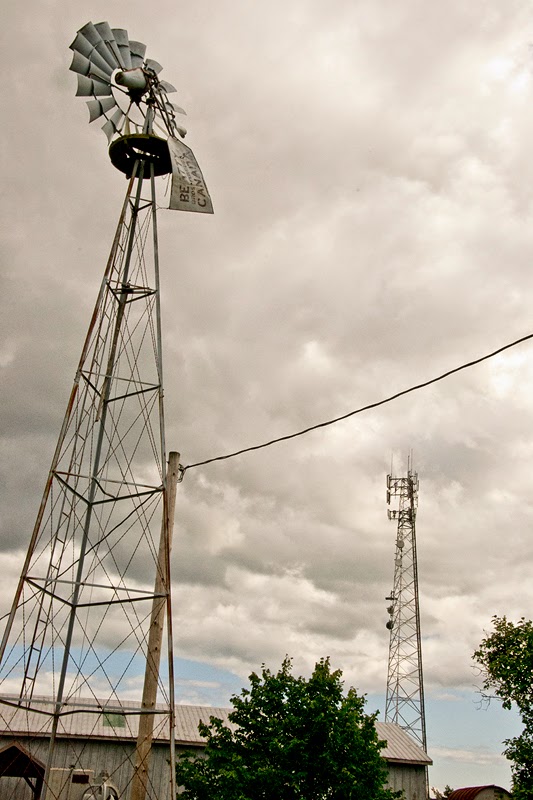 Of all the neat stuff around the grounds to see (come and see it!) I decided to share these two towers. I can imagine someone transported from a century ago wondering whatever could have happened to that other windmill, whereas a visitor from the future might wonder what kind of unusual telecom technology is being used by the tower on the left. 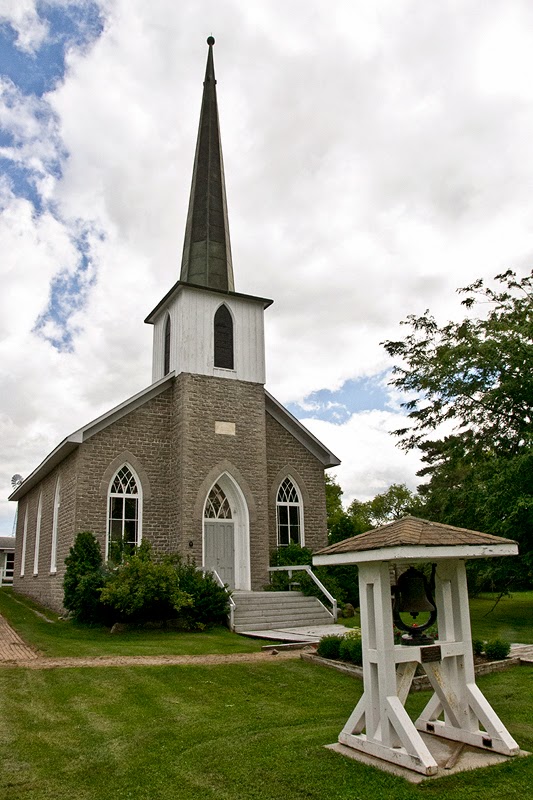 It was really windy outside, but I wasn't planning on painting outdoors, anyway, so I wandered around with Site Curator Janice Hubbs and she took me to this former United Church (which was a former Wesleyan Methodist Church**) because it had great light. 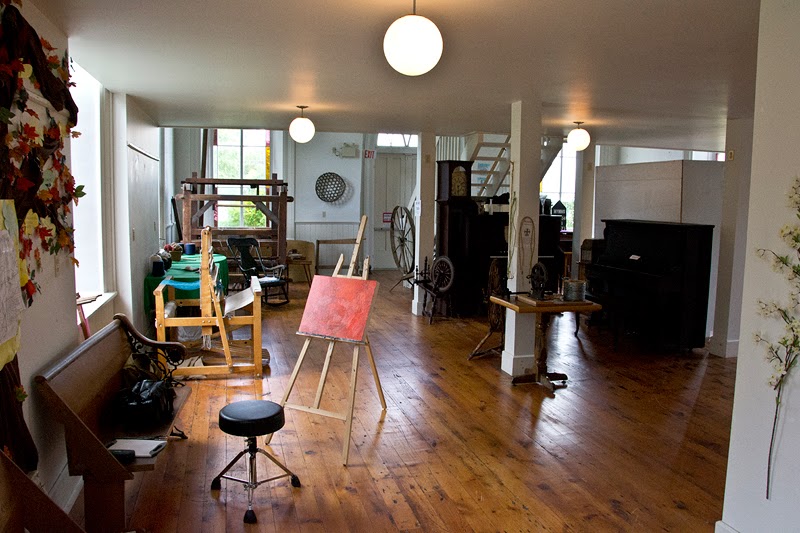 I don't need a lot of room for my stuff, so I can paint just about anywhere, but it's nice to be in places where I can feel comfortably "spread out" and still not feel like I'm in anyone's way. 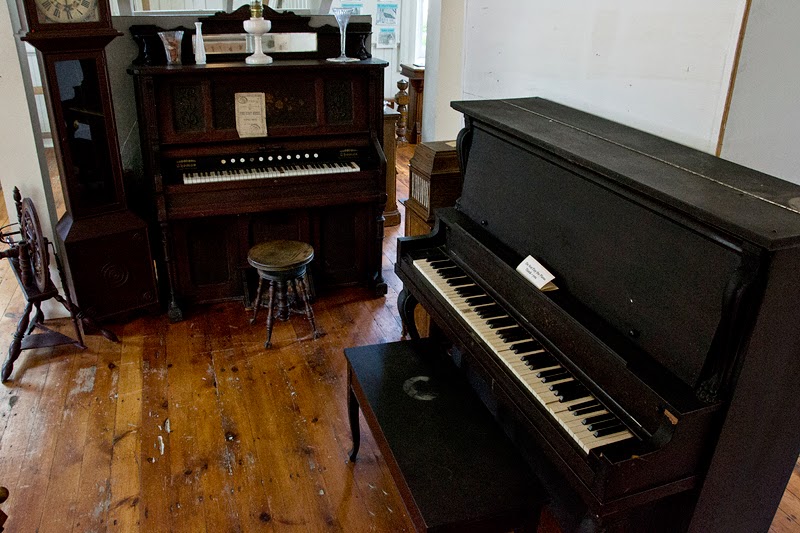 It's a duet waiting to happen.

The signs say not to play them, but I would love to cut loose*** in a big space like this. 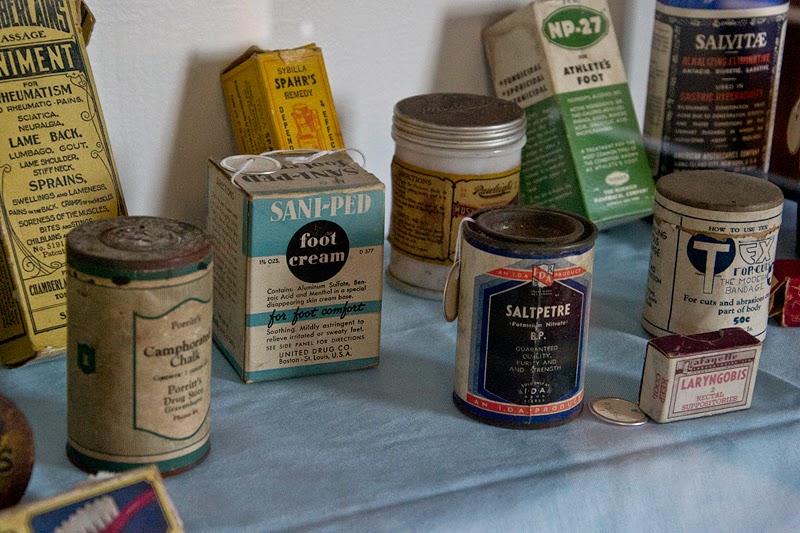 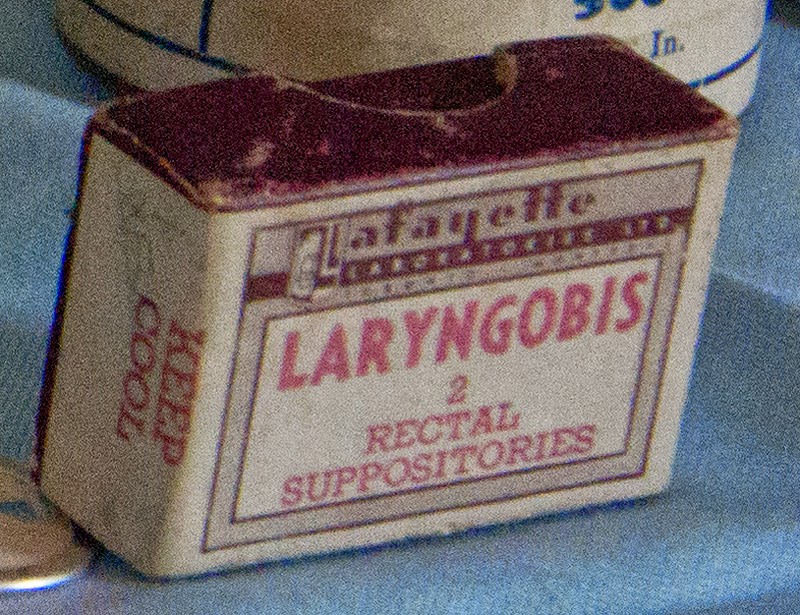 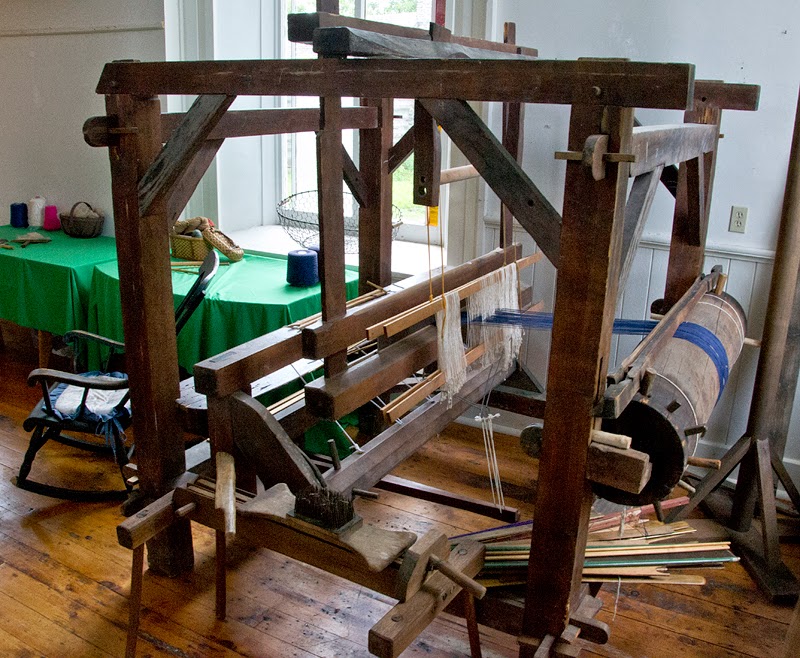 That is one beautiful (and still functional!) loom. 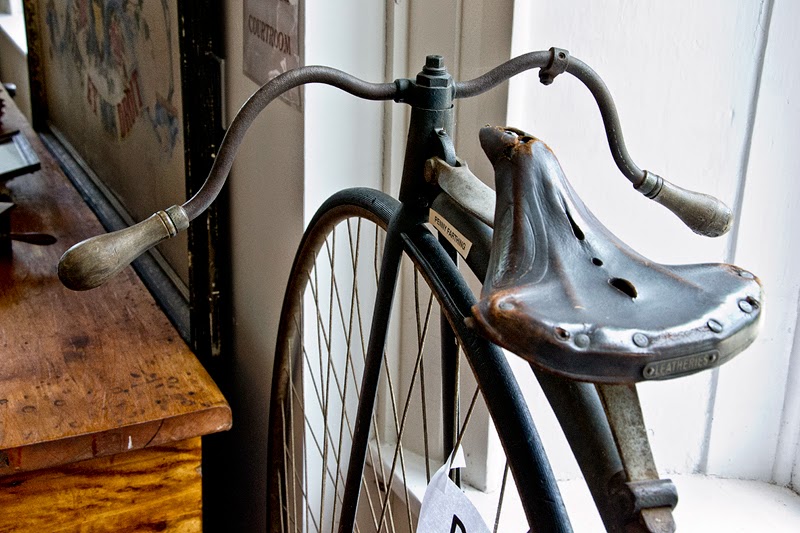 The top of a penny farthing bike.

I love the way these things look and, being a huge fan of The Prisoner, I always think of that show whenever I see one of these. But I've never ridden one and I don't think it'd be much fun. 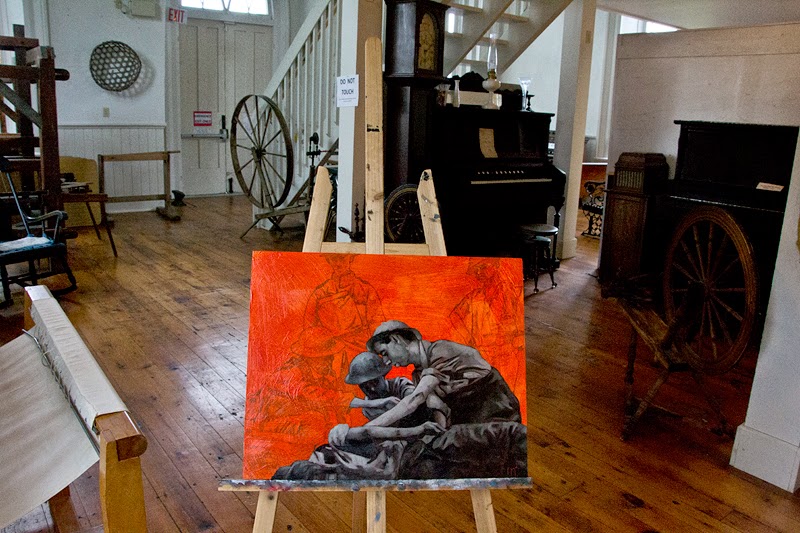 I'll be working further on the above painting during my second session tomorrow (August 14). Next week (August 20 & 22) I'll be painting the last of my nine Dance Partners at Macaulay Heritage Park (in the church, where my exhibition will be; not the house I painted for Doors Open last year) from 1–4pm both days and I'll be giving an "artist talk" on the Thursday and give some more information and take questions about this big World War One Project.

**I have no idea what any of that means.

***I don't know how to play keyboards.