Having the Last Laugh 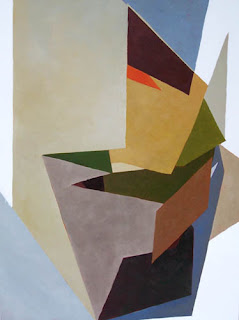 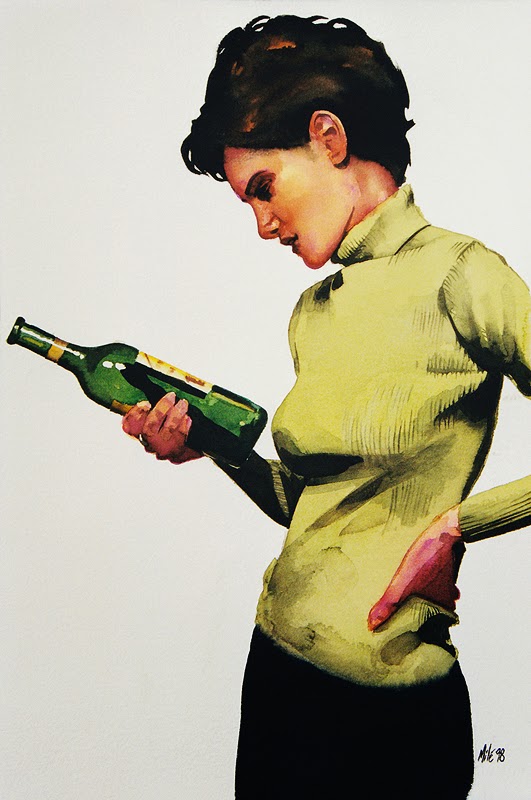 Another Echo and its source painting.

Having finished the woman holding the bottle of wine for Fuel, I got stuck as to what to do with the background. I showed the painting to a friend of mine at that stage and told him about my problem and he pointed out that it was actually a dilemma: it wasn't a matter of what background to use, but whether to use a background at all. He suggested not using one and I took his advice and simply left the paper around the figure blank to see if I liked it that way. At the time it felt like a bold move for me, since everything I was painting had a background of some kind (either abstract or representational). So I left it alone, really grew to love the negative space for its own sake, and quickly felt that the picture was completely finished.

The negative space became something very interesting in the abstract oil version, keeping the simplicity of the original.

I've completed a large oil on canvas version of Fuel which retains the negative space of the watercolour version --but with a nice deep, dark red (see below).