Last year I participated in Paint the County and had such a good time that I signed up again this year. There was a draw to see where the artists would be situated last time, and I got The Edward, which I really liked, so I asked for it this year and, lo and behold, the picture of my setup below looks almost exactly like the one from 2010 (I even got almost the exact same parking spot: my blue van is in the foreground here, last year it was one spot ahead): 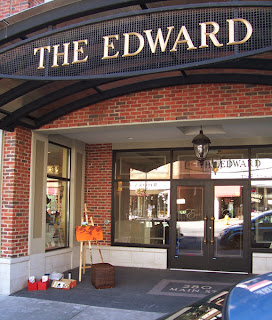 Once again in front of The Edward.

The image I chose this year was a farmscape I shot while driving around the County last summer looking for interesting photo ref for future paintings. I prepped the pencils on the canvas months ago, but painted the orange and brown acrylic underpainting last night. I then started painting as soon as I was set up (10am) and I took a photo of my progress every hour. 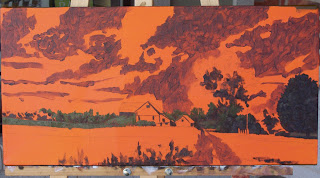 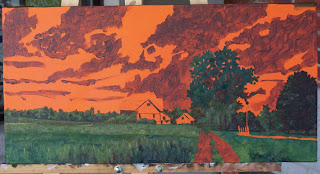 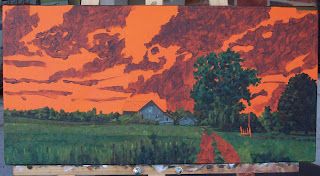 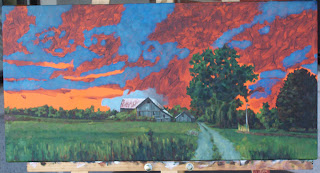 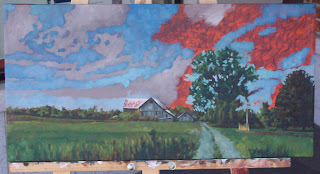 And precisely at 4pm I was finished: 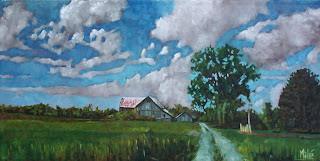 The title comes from a last-minute inspiration from my actual sleeve. This morning we were given Paint the County t-shirts and, rather than using the paper towels I brought to wipe my brush when changing colours, I used my left sleeve (gradually intending a very loose landscape image). When people saw the finished painting and gave me compliments, I jokingly said that it wasn't as good as the landscape on my sleeve, which I then said was a "nighttime version" of the farm scene. When submitting my painting for the auction I blanked on a title, so I used the one above, inside joke and all.

To my surprise, one of the event organizers, Katy McIntyre, actually wanted the shirt off my back to include in the auction as a separate piece. I didn't think that would fly, so I offered it as a bonus to whomever won the actual painting. Below is the sister piece to my 2011 Paint the County effort: 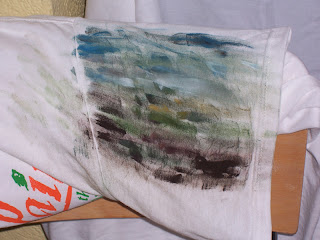