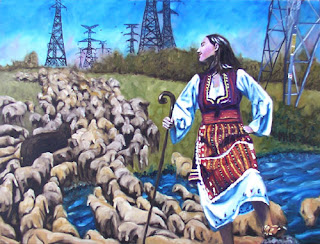 Here's Kristina again in her traditional Macedonian dancing attire, this time herding a flock of sheep among hydro towers somewhere in Scarborough. This one has the best likeness of her, and also the best rendering of the costume.

My original title was simply "Electric Sheep", taking a portion of the title of Philip K. Dick's novel Do Androids Dream of Electric Sheep? (which, in turn was the basis for Blade Runner, one of my favourite movies), but the power lines asserted themselves and I referred to the painting using both titles interchangeably...so you get to pick the one you like better. 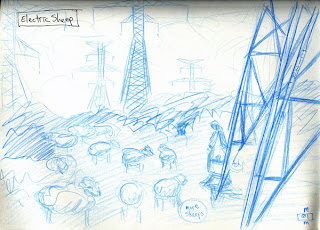 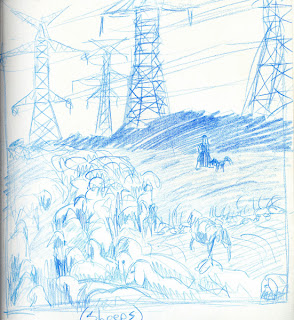