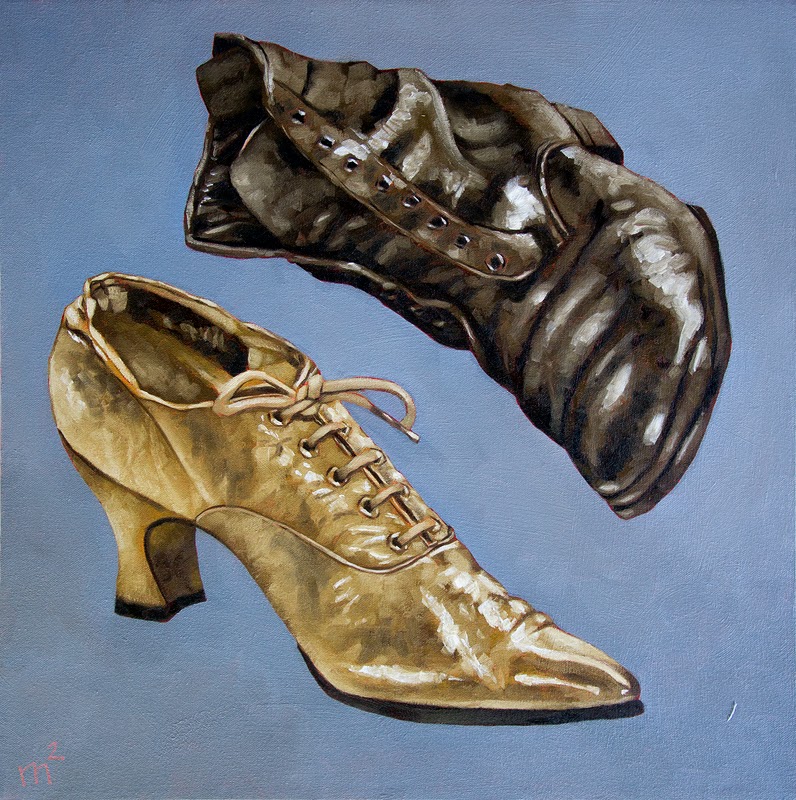 The phrase "powder keg" aptly describes Eastern Europe at the beginning of the 20th Century, and the assassination of Archduke Franz Ferdinand* on 28 June 1914 was the spark that set it off. What followed was a series of declarations of war by nations –and if lines were drawn on a map to connect them, they'd resemble a diagram of dance steps:
Dance Partners comprise the first nine paintings of To the Sound of Trumpets and are a collection of shoes from that period –women's fancy dress and men's military footwear– representing the early stages of the war. The declarations of war continued throughout the conflict with a series of Central American countries adding themselves to the list, the last one being on 19 July 1918 with Honduras declaring war on Germany.

The stack of canvases and wood panels below are now further along than in the photo, the top nine being from the Dance Partners group, and the one on the floor in front is the title page, partially revealing the two first paintings completed for this project. 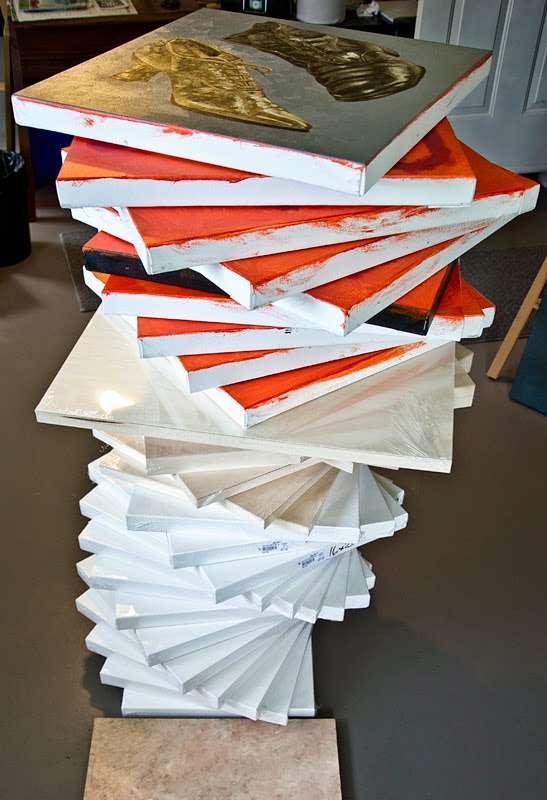 *He'll get his own painting, apart from the five groups mentioned in my press release.