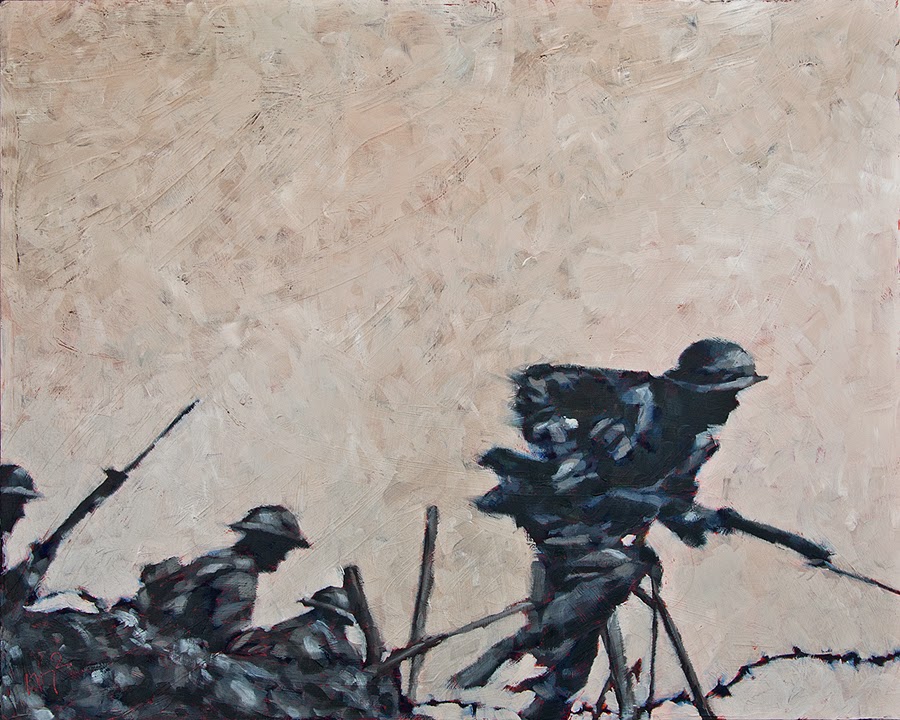 Lately when starting a big painting project I like to make one painting to serve almost as though it would be the cover of a book or the poster for a movie –but, in reality, I call them "title pages" because it sometimes feels like I'm doing a school project...a really fun and self-directed school project (read the details of it via the press release).

Rest assured, this won't be a flag waving, chest-thumping, rah-rah-rah blah-blah-blah. In the words of one British gunnery officer: "My grief, but we're fed up to the back teeth with war books and war verse –all the eyewash stuff that seems to please the idiots at home. And what's the good of war books if they fail to give civilian readers an idea of what life is like in the firing line?"

I know I have my work cut out for me.

As with last year's 33 on 33 plein air painting project, my goal is to push and shove myself out of my comfort zone in new and, hopefully, unexpected ways. Doing 100 paintings will give me a lot of room to play around in; I'm barely 13% into it and I've already made a few choices in style and technique that kind of surprised me. 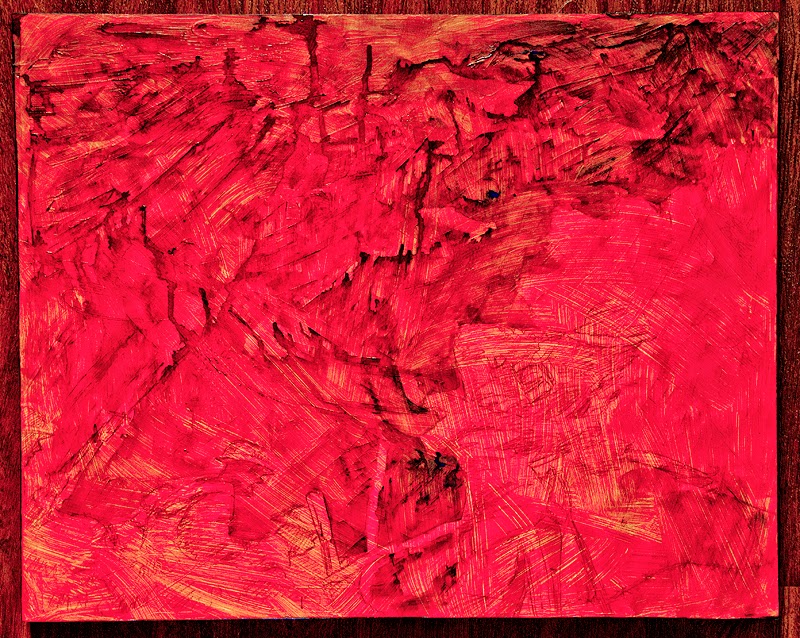 You can't see any of this dramatic early stage in the final painting, but it helped me to loosen up and prepare to use a more "active" technique. 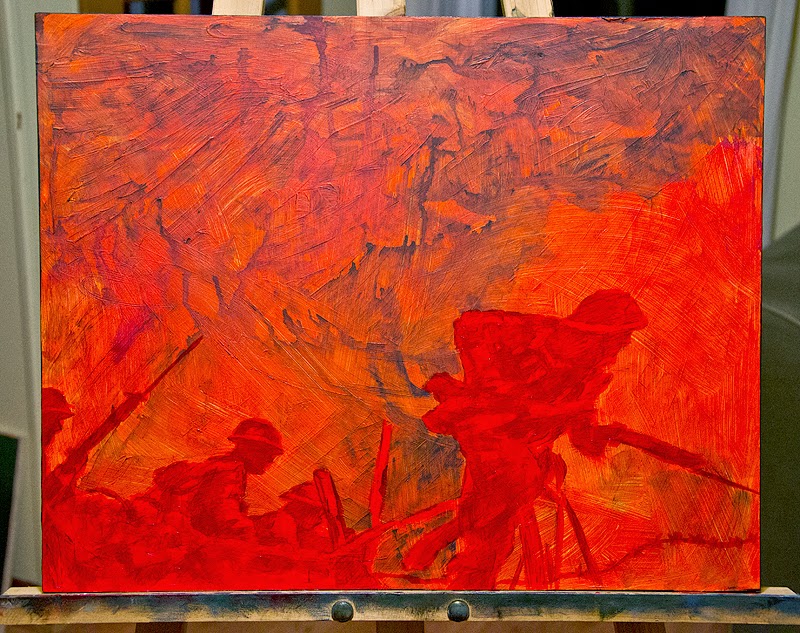 You also won't see much red in the some of the finished pieces (like the Dance Partners group), but all the paintings in this project will have red somewhere, even if it's just acrylic ground underneath layers of oils, but I plan on featuring it in quite a few later on. 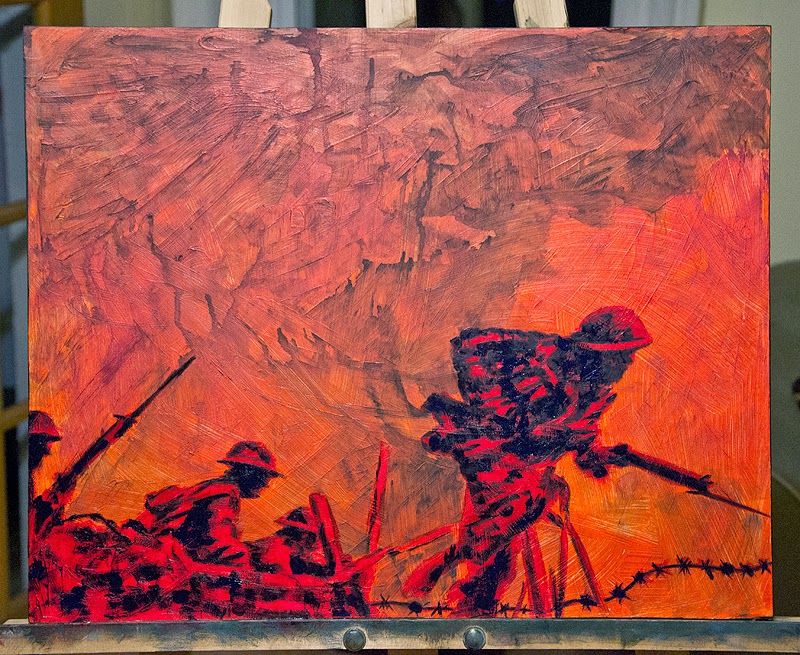 Knowing this would be my title page, I composed it deliberately to allow for text in the upper portion against a light-coloured sky, and, despite the apparent action, I wanted the painting's palette to be rather subdued. The final result is about 98% what I had imagined, the remaining 2% being unexpected elements (overall colouring, technique) making it better than I had imagined, leaving me 100% satisfied.
This is going to be an easy project to do math about.