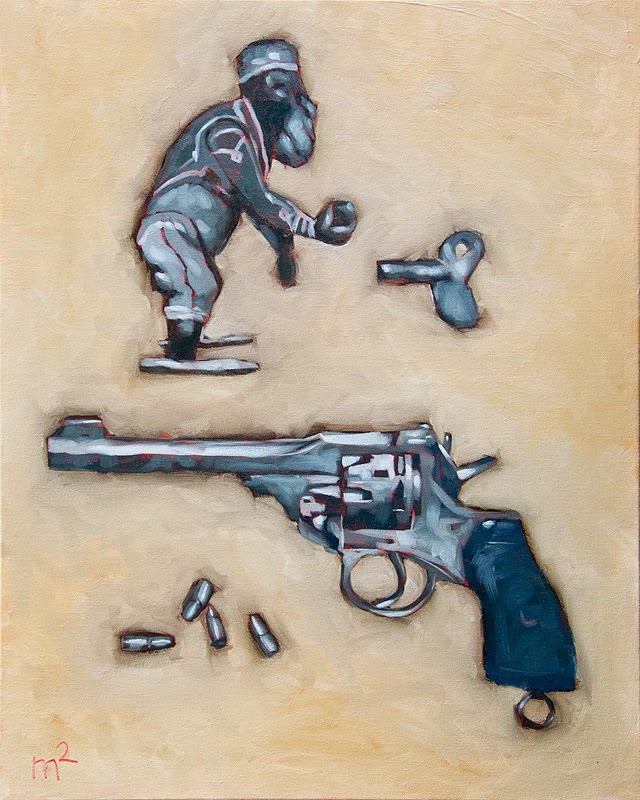 Like Bang Bang (and, indeed, these paintings are displayed alongside that one in the current exhibit of my WWI painting project) I wanted to emphasize the youth of the soldiers who went off to fight in World War One (the average age of the Canadian soldiers was 26 years old). Unlike Bang Bang I haven't included any young boys, but rather the toys they gave up when they took up arms to fight.

I know that's an ape, but Ape Gun is nowhere near as good a title.
The bullets are years. 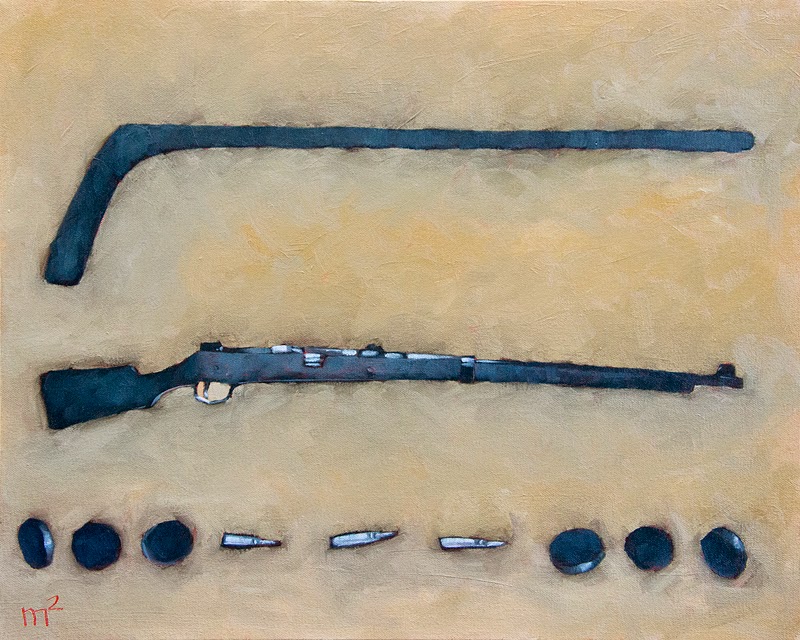 The pucks and bullets encode a common Morse phrase. 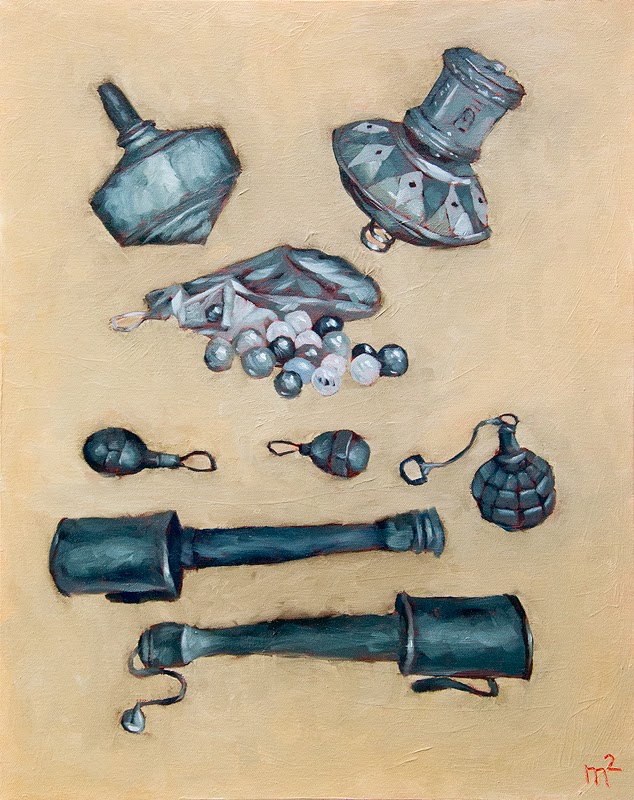 
This one doesn't get a cute title or layered symbolism because its subject matter didn't suggest either.