This trilogy was intended to be only part of a much larger group of paintings dealing with the concept of a house party devolving (escalating?) into a battle in a kitchen.


I had taken a number of photos of a friend (Toronto-based actor Kimwun Perehinec, who also modeled for me as The Princess) and had intended to shoot a bunch of other folks and composit them in such a way as to illustrate the battle idea, but that never happened, and seeing as I had a ton of photos of Kimwun in various martial arts poses using kitchen implements as weapons, I used a few of those as the basis for this trilogy. I did some studies in acrylic called the Rolling Pin Variations as well. 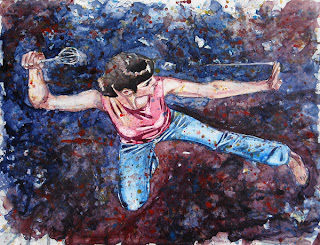 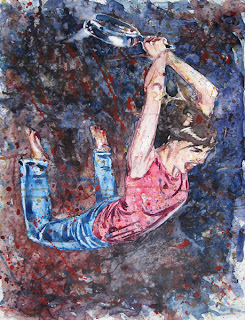 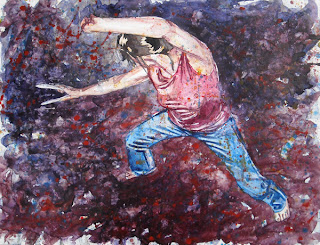 
These three (and five other watercolour paintings I did on Yupo) are currently on exhibit at Blizzmax: