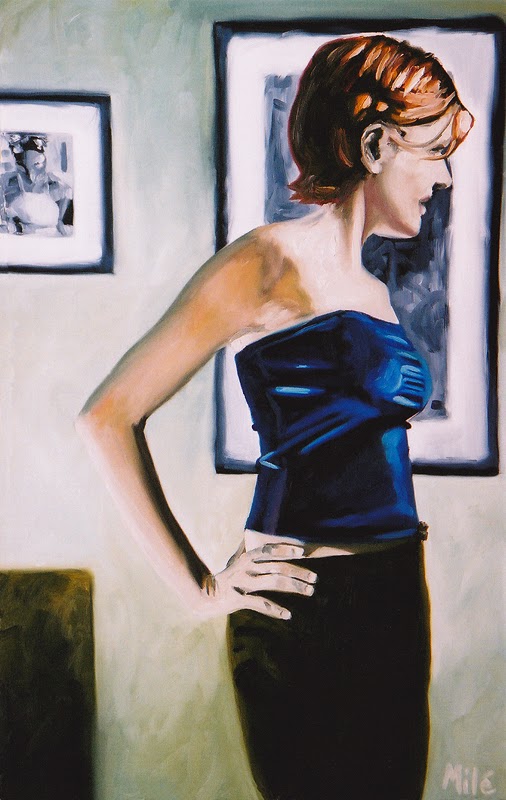 Rather than using the background in the sketch below, I decided to just paint Ashley with the actual background of my studio. I did, however, play around with that background: on the left, Tides is actually a 22" x 22" watercolour; I adjusted the dimensions of the painting on the right to better frame Ashley; and the bookshelf on the bottom left was scaled down and slightly repositioned for balance.

After painting in oils for about a year, this picture was the one in which things seem to come together for me and I was (and still am) very pleased with the results. I think this painting has great overall composition and there's nothing that I would adjust, and, for me, this one's all about her right arm.

I painted a companion piece using a photo of Ashley in the same outfit but in a slightly different pose, but it was a disappointment and it'll never be seen again as I've reused that canvas for another painting. 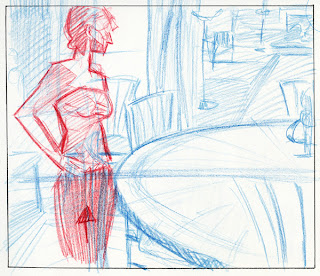 
The arrow indicates that I should move Ashley higher up in the composition. I feel the the final painting is made stronger by focusing on the figure, rather than just having her as one element of a larger scene.