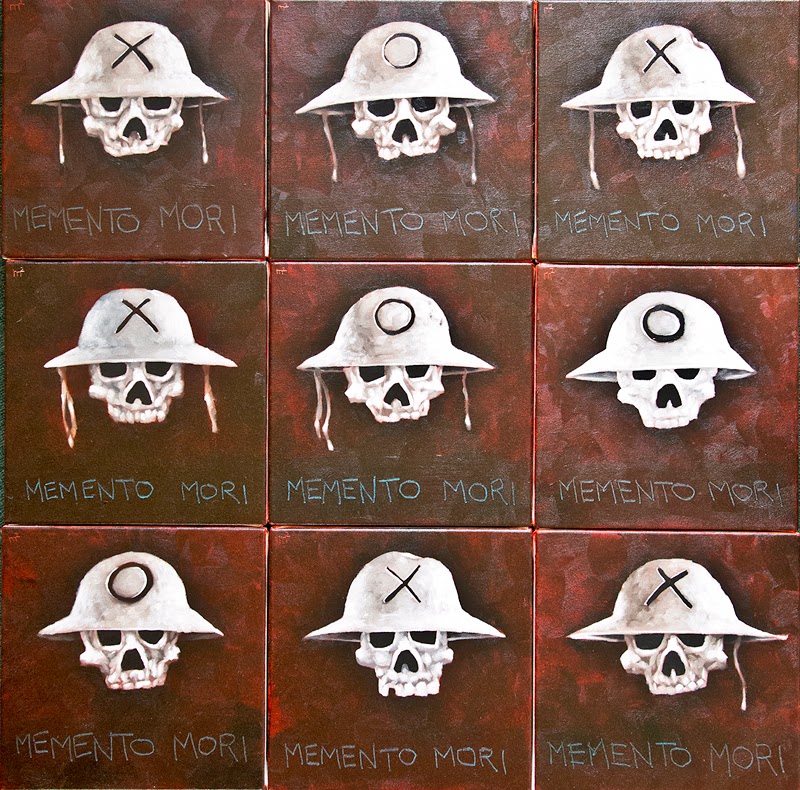 During my research for my World War One painting project, I kept coming across many quotes from soldiers, sentiments in books, poems, songs, etc., saying in one way or another that nobody ever wins a war (it's even the title of the collection of diaries by Prince Edward County's own Ella Mae Bongard). Growing up in the 80s with the threat of Mutually Assured Destruction (via the USA & the USSR, the two nuclear superpowers) hanging over our heads, this notion has been on my mind for most of my life, so I knew I had to address this in my project somehow.

I also wanted to include a memento mori to reinforce the real reason for Remembrance Day. Combining these two concepts via a tic-tac-toe board ending in stalemate seemed like a handy solution (and a handy way to do 9 paintings rather quickly). I ended up doing a few more paintings that are literal memento mori and some that can be interpreted as such. Of course, the entire project itself serves as one big memento mori. 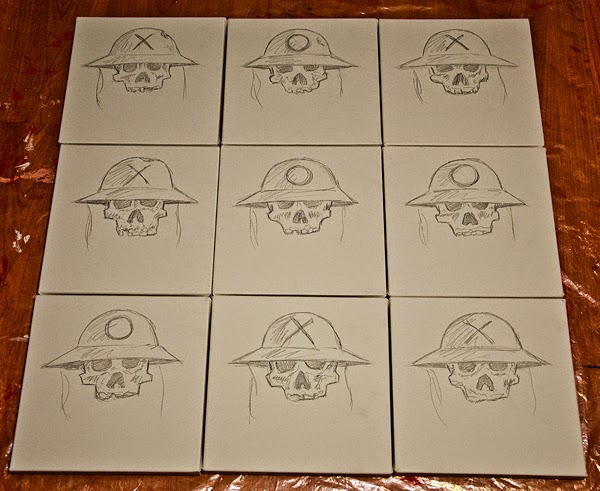