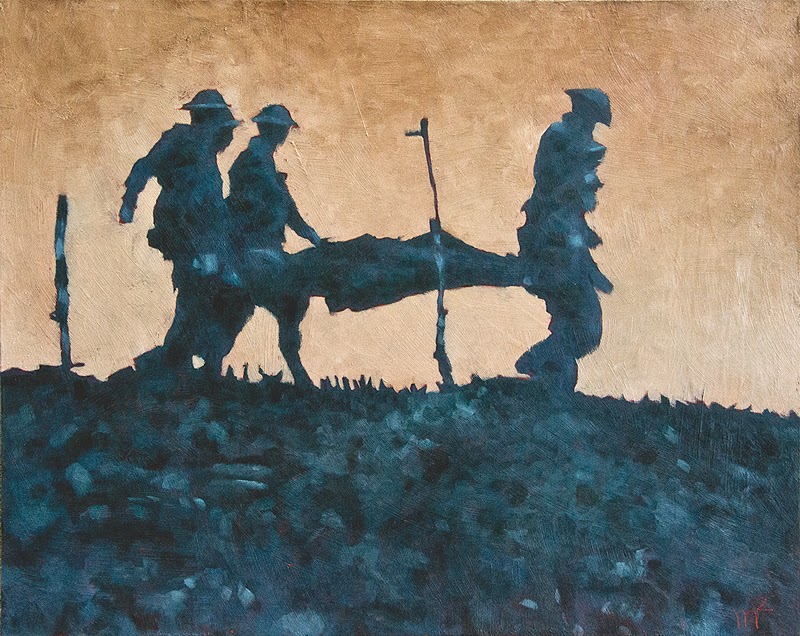 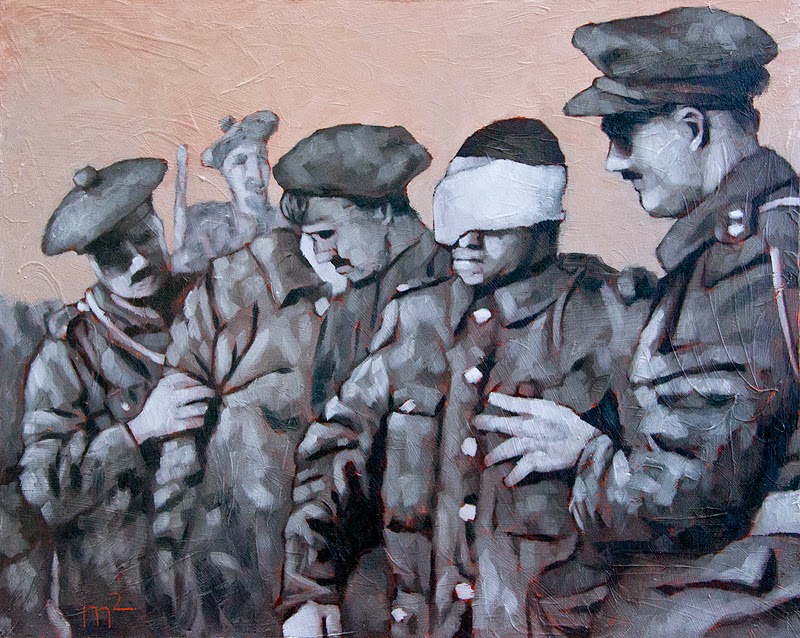 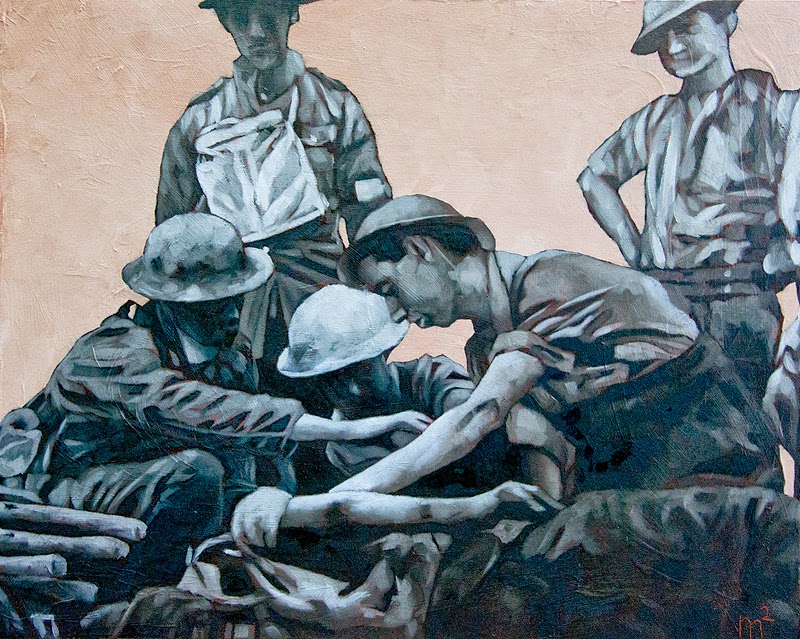 I felt painting one wounded soldier being carried on a stretcher (Wounded 1) wasn't enough, and I had a lot of room (100 paintings) for some pointed repetition, like verses in a song.

During the exhibition I included many quotes dispersed among the paintings. Below is one of the quotes on the panel on which these were hung:

“For the first time the British army lost its spirit of optimism, and there was a sense of deadly depression among many officers and men with whom I came in touch. They saw no ending of the war, and nothing except the continuous slaughter such as that in Flanders.”
– British war correspondent