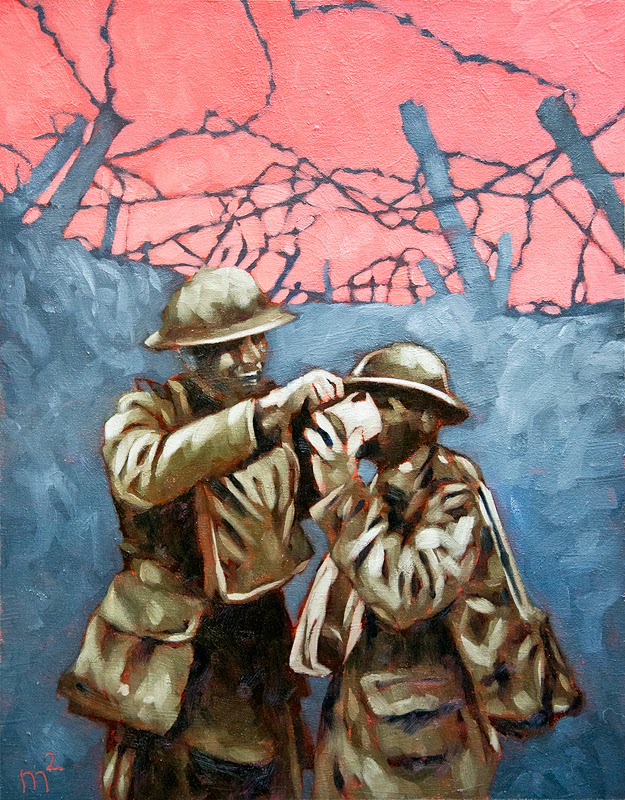 With these paintings I wanted to show moments (like with R&R) when the soldiers took some time away from the harsh reality of war and made the most of those rare opportunities. 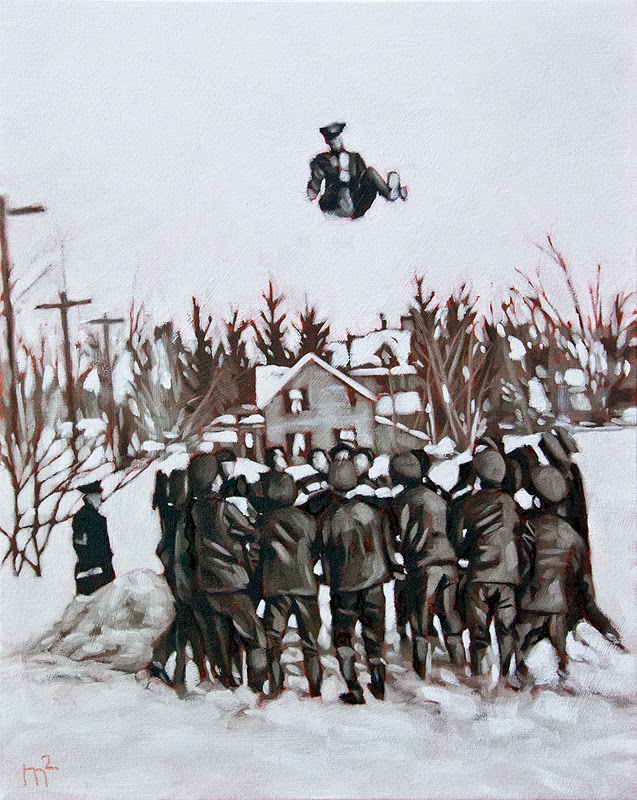 The top painting is based on a moment in a documentary I found quite moving, one soldier helping a wounded one have a bit of a drink, combined with an image of barbed wire from elsewhere. The bottom painting is based on a photo I found in the Belleville Armoury and I was so taken by the sheer joy of the men in it that I had to include it in my WWI painting project. I don't know if they knew exactly what they were getting into, but these men from the Prince Edward – Hastings Regiment (the Hasty Pees) were certainly having a fun time in the snow before going overseas.