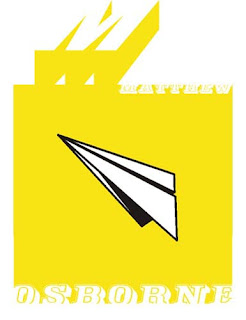 To coincide with the release of Matt's self-titled (and, sadly, posthumous) CD, we wanted to make some t-shirts to commemorate his music. If you look closely, you'll notice a little paper airplane here (and inside among the liner notes). This was a holdover from my earlier ideas for that CD when it was called All the Rest, tying in to the childhood theme of a red wagon containing as many items mentioned in Matt's songs as would be appropriate.
I don't know how many shirts were made, but mine is still in great shape and I wear it occasionally in the summer. 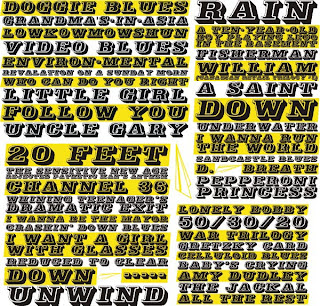 This is a compilation of all of Matt's song titles grouped by CD (clockwise from top left: Doggie Blues, Underwater, Man Versus Concrete, and Matt Osborne). 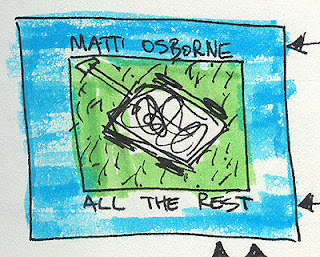 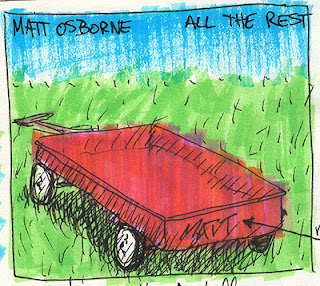 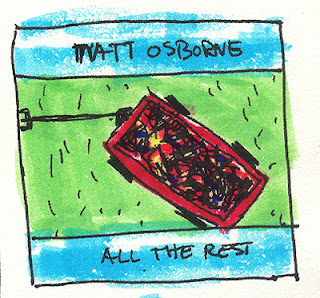 Sketches for All the Rest CD cover. 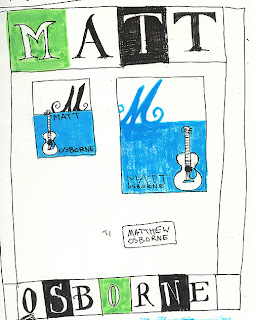 Yes, those are two little sketches inside the bigger one.