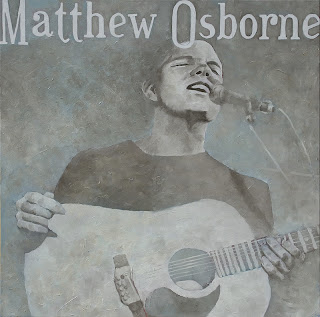 Matt recorded a lot of material and the 19 songs on this CD were, according to the liner notes, "discovered from a vast array of sources including old cassette tapes in Matt's collection, videos of live shows, live recordings and radio programs."

Pretty much the same group that put together Matthew Osborne in 2004 worked on this, and I was also asked to join in again, providing the cover painting (based on a photo by Selene MacLeod) and layout & design work.

Entitled Blues Compilation 1990 – 2004 I added that info digitally (in the negative space to the left of his head) using the same typeface as Matt's name (which I painted directly onto the canvas). Here I present the cover unadorned with additional text.

My idea for this one was "the blues: in winter" which meant using a subtle, almost monochromatic palette of colours and painting Matt as sort of a ghost, this being another posthumous release.

The images below are from my digital files: 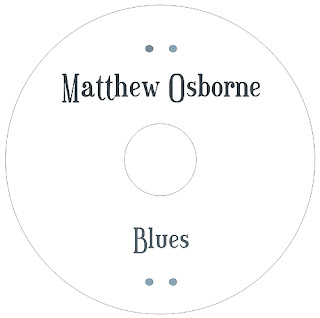 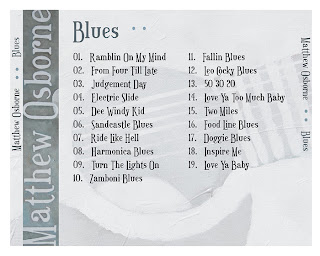