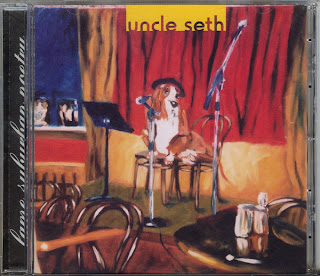 I remember Uncle Seth's singer being insistent that the cover depict a basset hound wearing a beret on stage, apparently reading poetry (as implied by the CD's title) from a music stand (and I think he's smoking; he's smoking in some of my sketches). So off I went to sketch like crazy and finally produced the oil painting above (seen fully below). That stage is actually in the Free Times Café in Toronto, where the band have played many times. 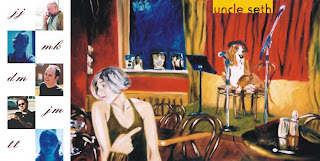 I can't remember if it was my idea or the band's to include people reacting sort of mockingly toward the dog, but I thought revealing that "punchline" when you open up the insert would be fun. The band is represented on the left with their initials. My favourite is Jeff at the top, shot in a phone booth, evoking the look of a detective on a case.

Easter eggs: on the shelf just to the right of the woman's head are three pictures which are actually mini versions of (in order from left to right) Tides, Corona Solis (november), and  AW-015.

I took the photos appearing throughout the CD package –the ones here were taken during one of the band's many live performances...and (look!) my cheeky ink illustrations (seen better here and here) also appear here. 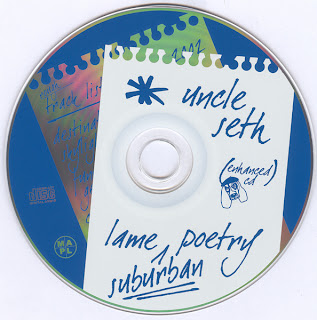 The idea here is obvious and simple: rough notes for the CD's track listing. 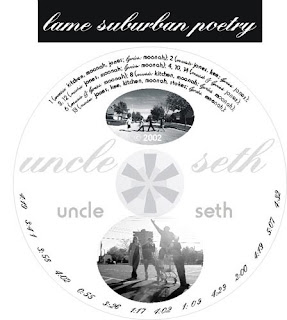 I love that CD packaging can incorporate clear plastic for the CD tray, enabling more design options like placing the CD's title (in the black rectangle above) which ends up in the space to the left of the cover illustration.

During the layout stage I added the star-shaped doohickey in the middle where the CD holdergripperwhatever will be located with respect to the design so I could see what the final result might look like. Along the top are the writing credits for each song, and along the bottom are their running times.

The top photo is our recreation of the super famous cover of Abbey Road by The Beatles. The bottom photo is the band in the deserted parking lot of a Scarborough grocery store (complete with shopping cart). 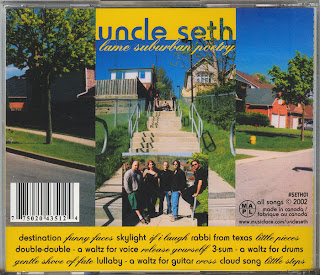 We drove around various locations in Scarborough and found some neat places near our old neighbourhoods. I was very happy we had great weather for the shoot, making the 'burbs look as eerily idyllic as could be.

The songs are listed in alternating typefaces but the lack of track numbers caused some confusion because you have to physically count the names each time you want to skip to a specific song. My fault; I thought including all the relevant info (song credits, track number, and song title) but separating them like I did would be interesting and look clean. I was right about that –but it was still confusing. 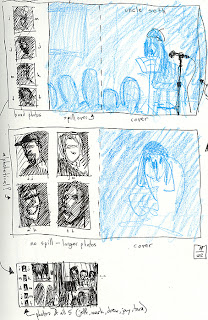 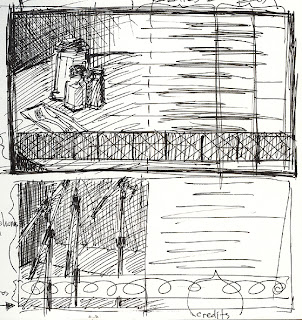