Today was the first day of my journey across Prince Edward County via Highway 33 for my 33 on 33 project.
I started at the northwestern point of PEC at the Murray Canal, which links Lake Ontario with the Bay of Quinte. There's a swing bridge connecting Carrying Place in PEC to Trenton on the mainland*.

I woke up just before sunrise, allowing me ample time to have a coffee and properly wake up, eager to start this thing, but a quick look at the thermometer outside gave me the shivers –literally. Over the past few weeks winter has made so many re-appearances it would make Lt. Columbo blush. It was about 5° outside at Small Pond when I left and not much warmer when I arrived at my destination.

I set up my gear and started sketching potential compositions (above) while wearing gloves, no less, and roughed in the painting in oils, but the cold and the wind were too much to bear (my hands were almost numb!) and I had to retreat to the van, warm up, and continue painting inside. I went back and forth a few times, quickly blocking in areas outside and then comfortably filling in details inside. 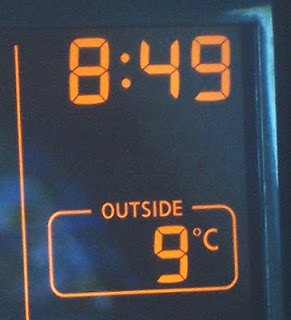 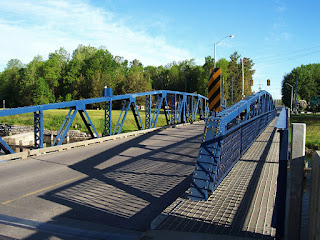 This is the cool swing bridge which moves aside to let boats pass. Speaking of boats, there was a weird little information booth set up to look like a boat. I forgot to bring my stool, so I set up on the "boat" which conveniently had a bench "on deck." 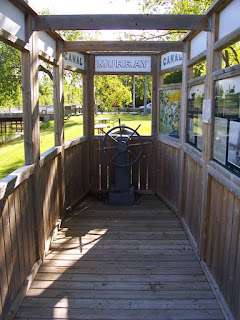 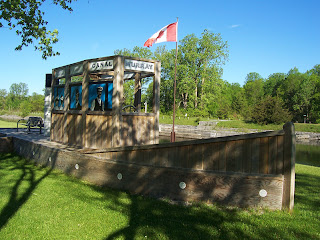 It's kind of fun, actually. 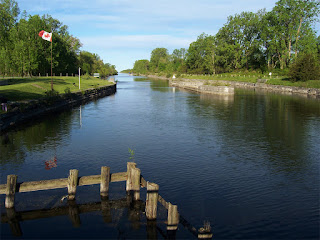 This was quite a beautiful location and the pictures here, taken when I arrived, make it seem like it was warmer than it really was. People came and went all day, fishing, picnicking, frolicking; I'd driven past this area several times, but it was never a destination in itself for me until today. 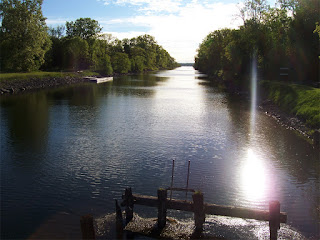 It got warmer after noon but I still kept popping back in the van to avoid the strong winds. Despite the challenges of the cold and the wind, I feel the first day was a success, with my first painting of this series done by 4PM. It looks like it'll be chilly tomorrow, too, so I might start out a bit later and bring warmer clothes...

*Technically speaking, PEC is an island, since the canal allows for complete circumnavigation, but most people don't usually refer to Prince Edward County as an island –probably to avoid confusion with Prince Edward Island.