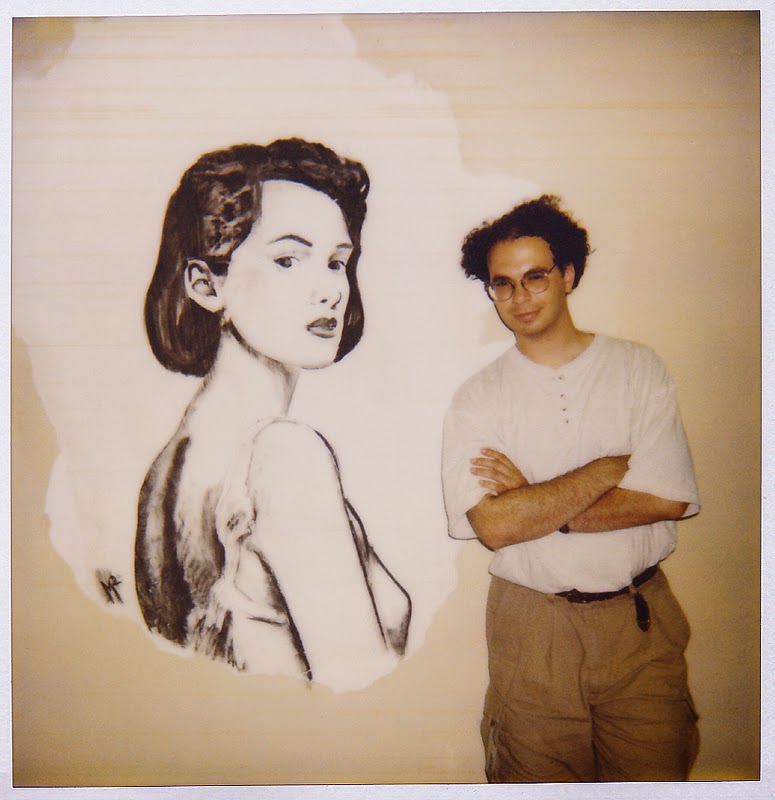 Surprise cameo: that's me with the crazy hair.

In the summer of 1996, before The Shopping Channel moved its studios from its industrial wasteland location in north Toronto to its industrial wasteland location in Mississauga, a portal of sorts opened up in one part of the building and crews started taking their lunches in this newly-accessible room instead of the cafeteria (or something like that; I don't really remember what the hell happened). Seeing that the paint had flaked off a large portion of one wall and, seizing the opportunity to turn the eyesore into something nicer, and without even asking for any kind of permission, I brought in some charcoal one day and drew a picture of Winona Ryder in the void.

Speaking of eyesores, this is the horrorshow of an interface of the Chyron graphical character generator I had to look at and use during my shifts: 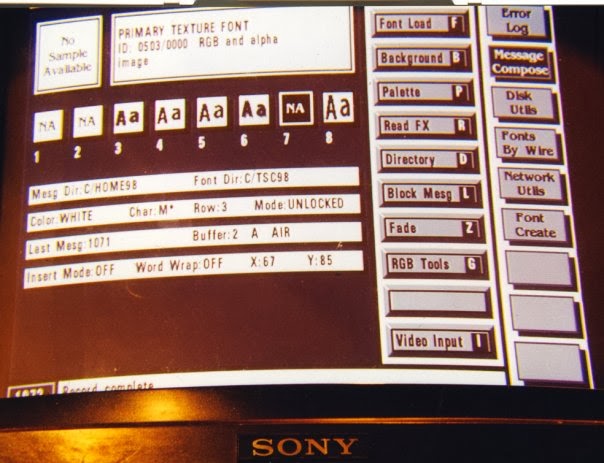 And you may ask yourself, "how do I work this?" 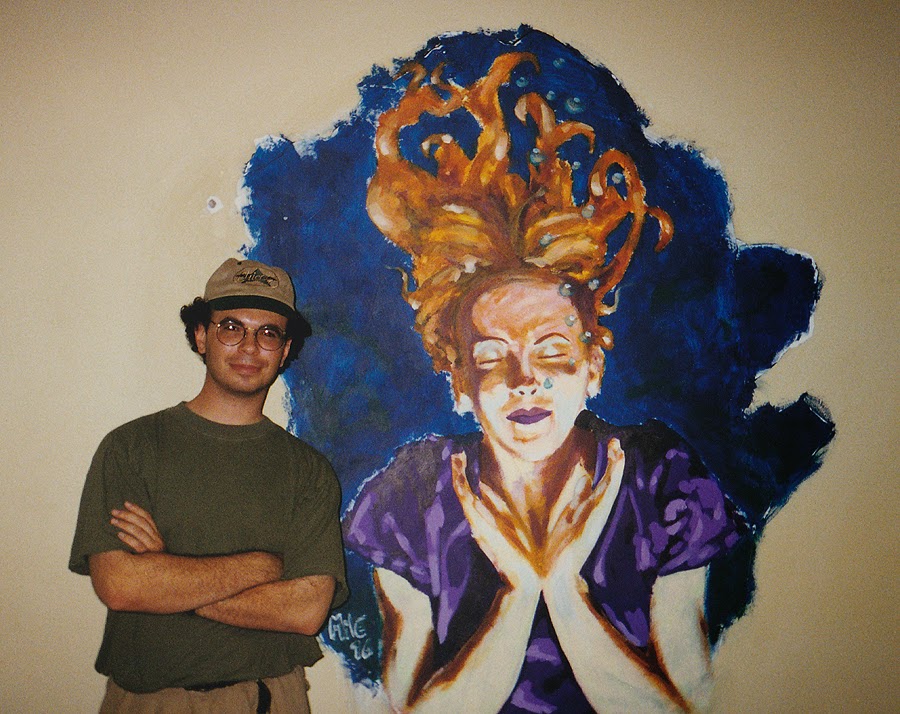 Surprise cameo: that's me in the hat.

Somebody with no sense of art or respect defaced my drawing about a week or so later, so I brought in some acrylics and my photo ref for a painting I did earlier that year (below) and filled the void entirely, this time. I also added bubbles to make it look like Sue is underwater. I'm pretty sure this lasted –unscathed– until the move in early 1997 (but who knows how long after we left). 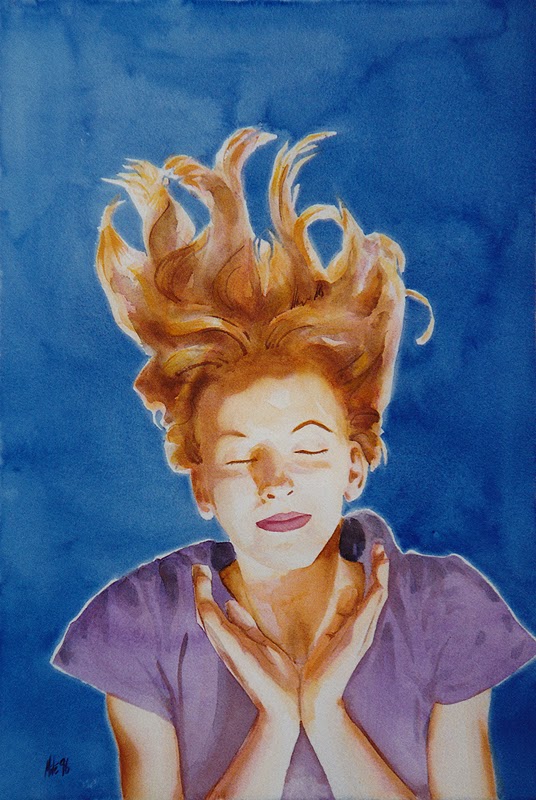 I wanted a very strong light source coming from below for this painting so I had Sue lie down on the grass, modelled her hair a bit, and simply used the sun for lighting. I wanted to convey a sense of floating blissfully, inspired by National Velvet's song of the same name from their 1990 album Courage.