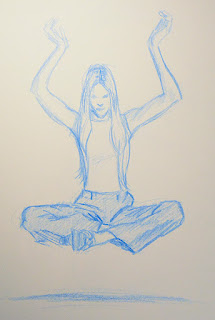 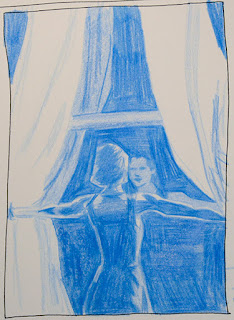 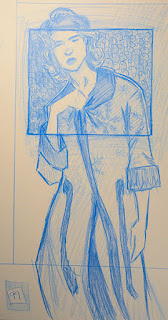 I kept cropping this sketch until I was happy with the tight shot.
Never made a painting of it, though... 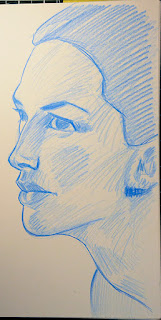 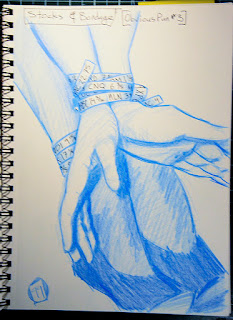 I was working as an on-air typist for a business news show (which I often referred to as "Prizzle Bizizzle") during this time and silly stock market/business puns ran rampant in my little brain. 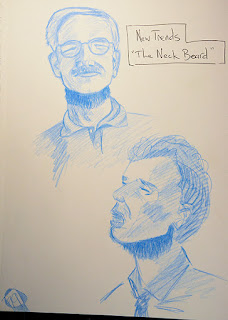 I sketched a bunch of silly piercing options (through the head, through the hip) as well as some silly hair options, including this early iteration of the now semi-common and much-maligned neck beard.


These were supposed to be mocking, not prophetic; I take no responsibility for the phenomenon. 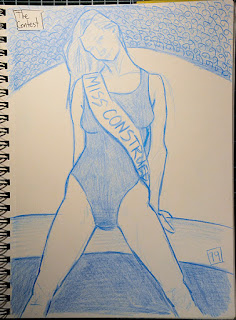 Puns were even running rampant beyond stock market/business show references.