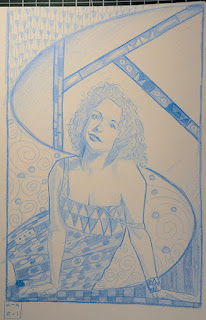 This composition, rife with Klimt motif theft, ended up as a not-so-great sunflower painting. 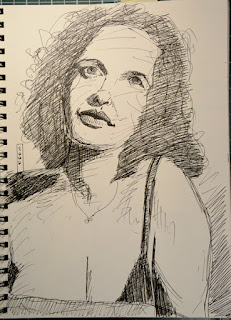 Close-up study for the Klimt thing. 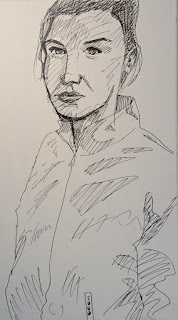 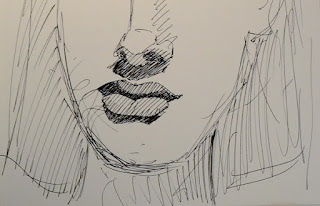 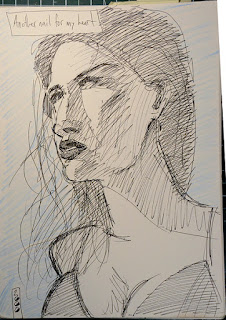 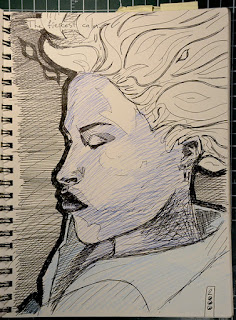 Aisha featured in the first sketch for a painting for which I eventually used Kim (who was also my co-worker on Prime Business). The fiery hair was there from the beginning. 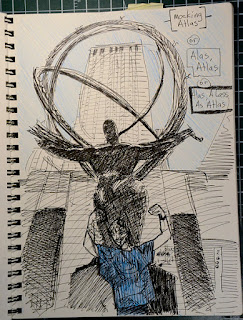 Another model switch-up: here Kellie (my co-worker from The Shopping Channel) appears before being replaced (no hard feelings!) by Ashley for the final painting.

I don't think I've painted Kellie (yet!) but I still have all the photos we took when she modelled as the lead for my first comic (a Shopping Channel spoof) Bargain Betty (1995).
This sketch of her is based on one of those photos.