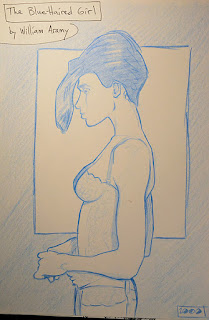 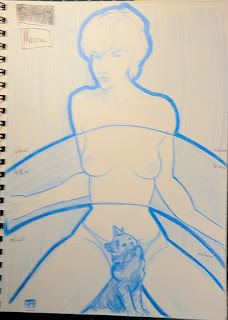 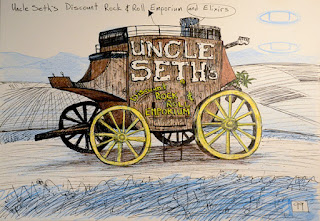 Sketch for one of many Uncle Seth posters. 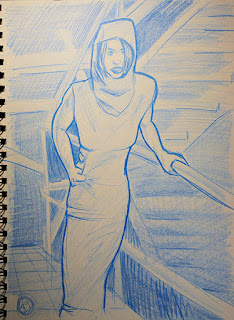 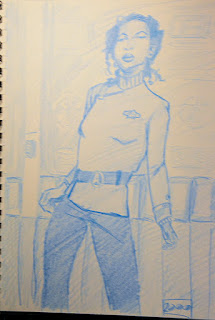 I've been dressing people up in Star Trek uniforms (via sketches, of course) since high school. 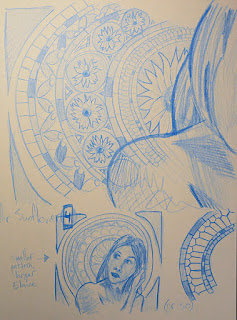 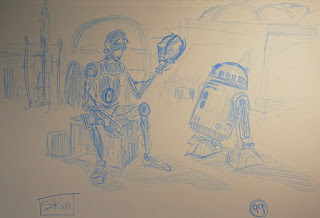 Working through some ideas for a watercolour featuring C-3PO's exposed interior as seen in Episode One. Turns out in Episode Two he didn't get his golden coverings, but a dingy grey body instead.
But he was 100% golden and shiny in Episode Three, so there's that. 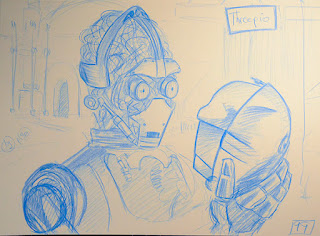