People seem to think you can't be called the Cap'm
Unless you drive a boat
Well, I don't
I don't
–TMBG, "The Cap'm"

Today was my third day in Wellington for 33 on 33, and I had been thinking about painting the building below for at least a week, now: 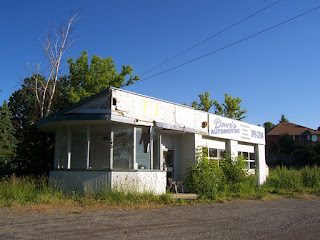 Although it's a very striking building, especially in the morning light, I decided to explore Wellington a bit further to see what I could see. 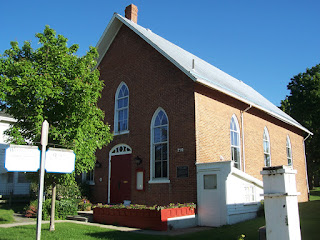 The Wellington Heritage Museum was one of the two buildings on Main Street in the heart of town that I didn't get to photograph yesterday because my camera's batteries died.

Built in 1885 as a Quaker Meeting House, it's now a museum featuring elements of local history, particularly the canning industry that was so prolific in Prince Edward County (between 1882 and 1996 there were over 75 different canning factories in operation). Here's an excellent set of photos by Will S. (featuring the Doug Crawford Canning Collection) on Flickr. 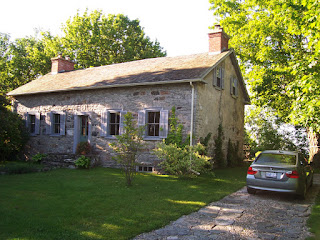 This was the other building I missed shooting yesterday. I mentioned Daniel Reynolds in my post for Day 17, and this was his home, now known as Manor House, a stone house built around 1799, and is the oldest of its kind in Wellington. 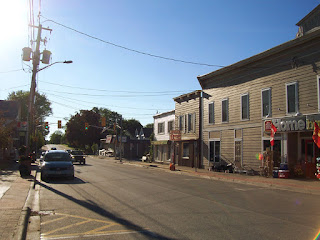 Having posted a bunch of foggy-but-still-attractive photos yesterday, I wanted to show off some of Wellington's charm in the lovely morning sunlight. The above photo is looking east, the opposite shot of this one. 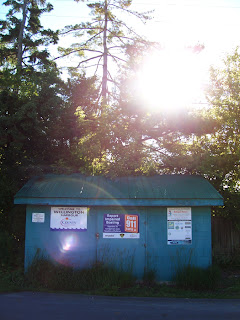 Settling on Wellington Harbour for today's painting, I took a few pics of the immediate area to narrow down my exact subject. Even standing a few metres away from this thing, it looks like a dumpster, but I assure you it's not. It does, however, have that unfortunate County logo on it (I unsuccessfully tried to hide it with the lens flare). 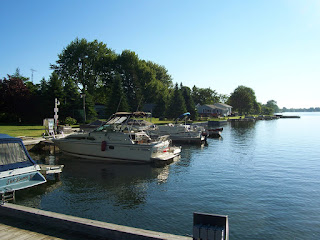 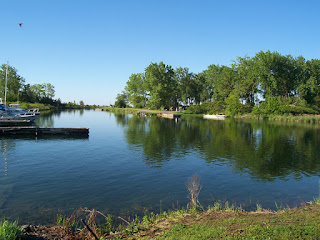 In capturing the lovely reflections of the trees on the water, I inadvertently also captured a Klingon Bird of Prey flying by in the upper left. Or maybe it's a heron.

The subject of my painting today is just to the left of this pic. 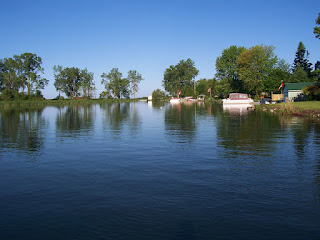 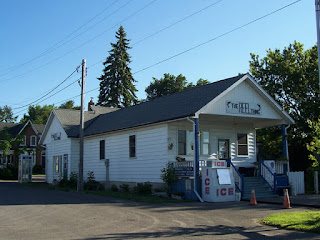 Nothing like The Reel Thing.
That's an actual phone booth on the left. 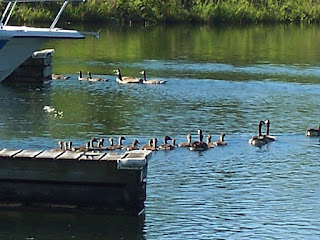 Lots of wildlife paid me brief visits throughout the morning (mostly birds and bugs) and I was lucky to photograph these groups of Canada Geese swimming around in the middle of my painting, so to speak.